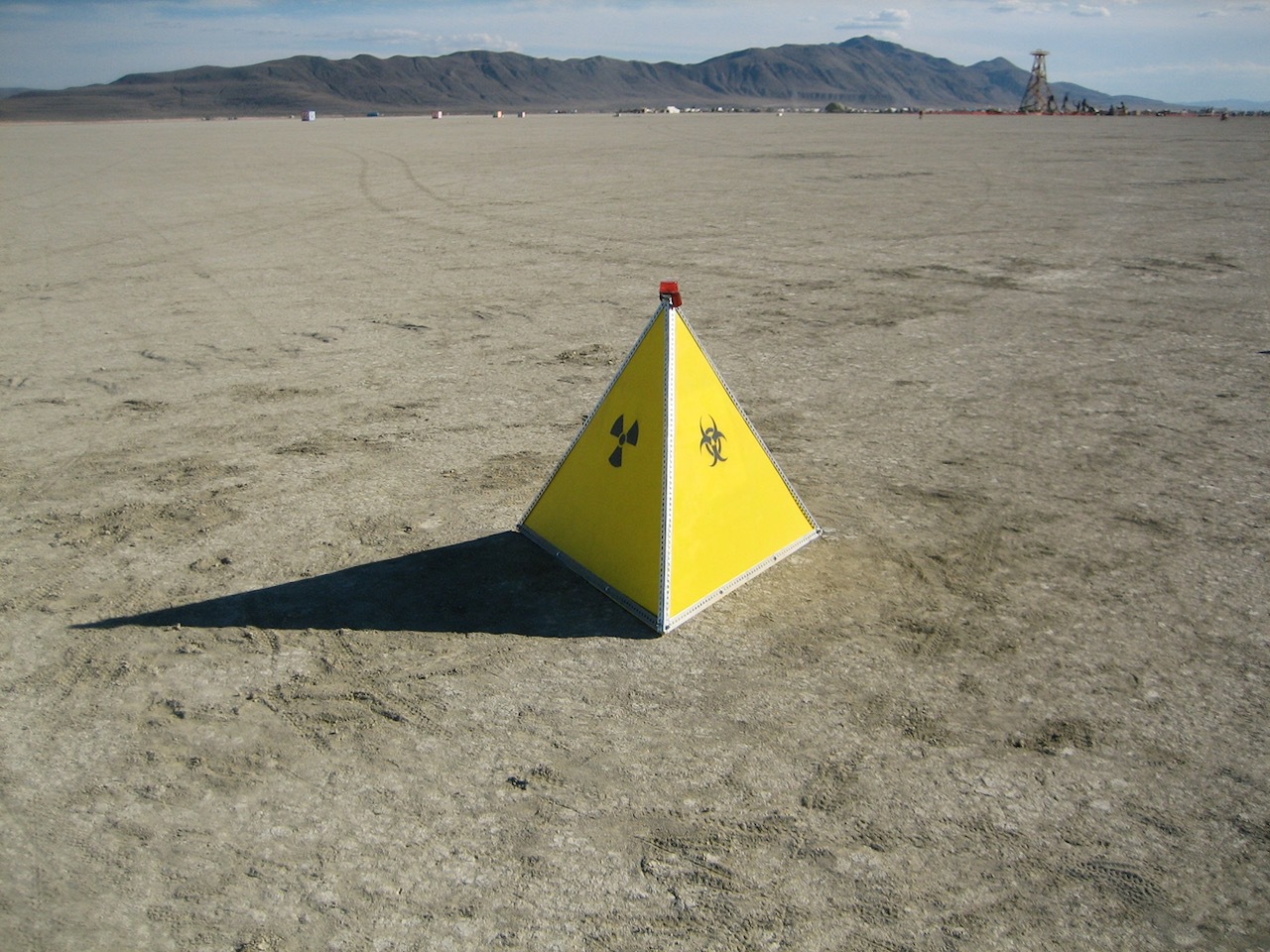 A yellow triangular pyramid topped with a flashing red strobe stood alone in the deep playa. The sides of the pyramid were marked with hazard signs: radiation, biohazard, and toxic. When approached, the pyramid emitted a verbal warning “Danger – Stand Back” and then (at closer range) a klaxon sounded. 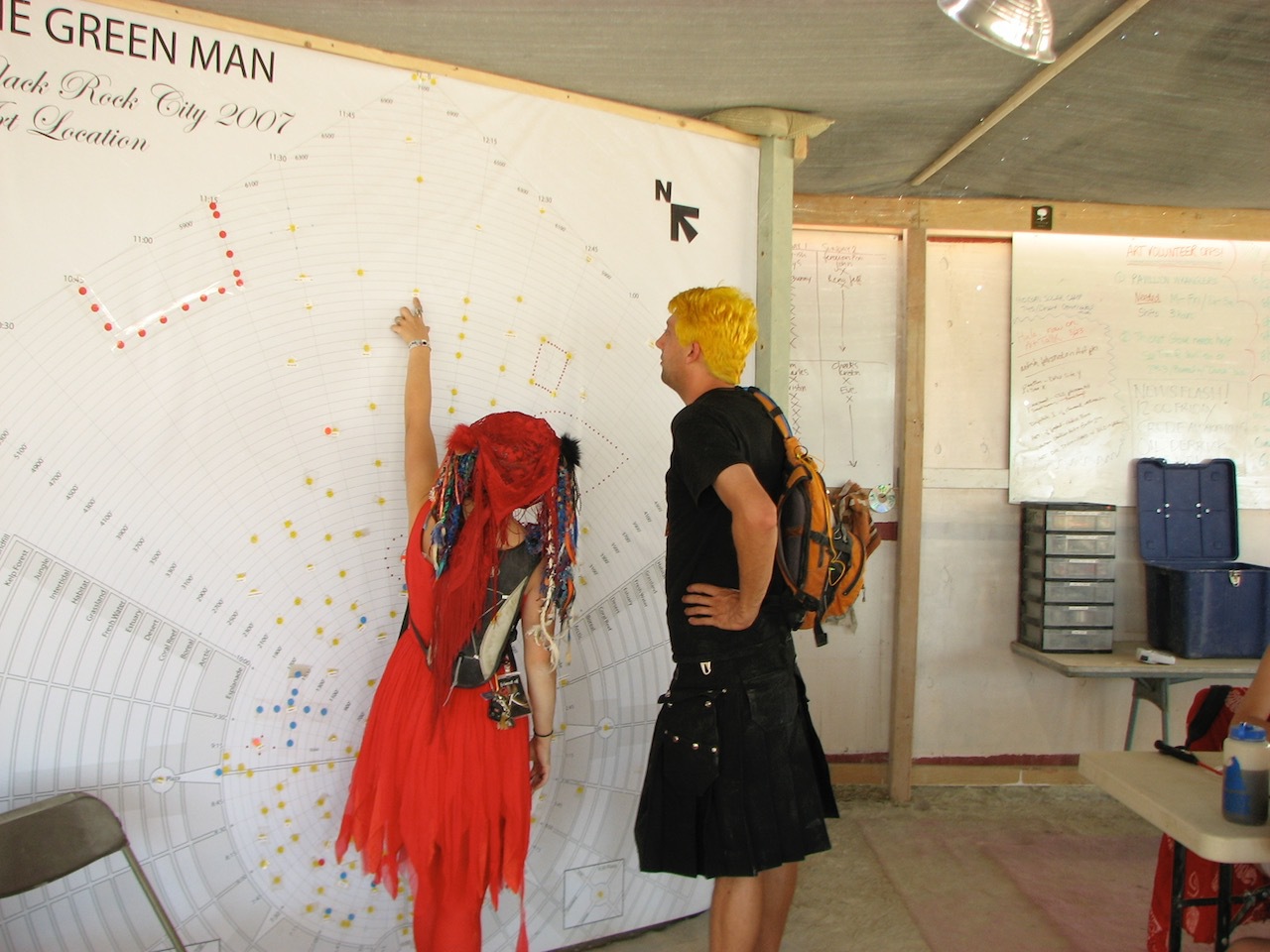 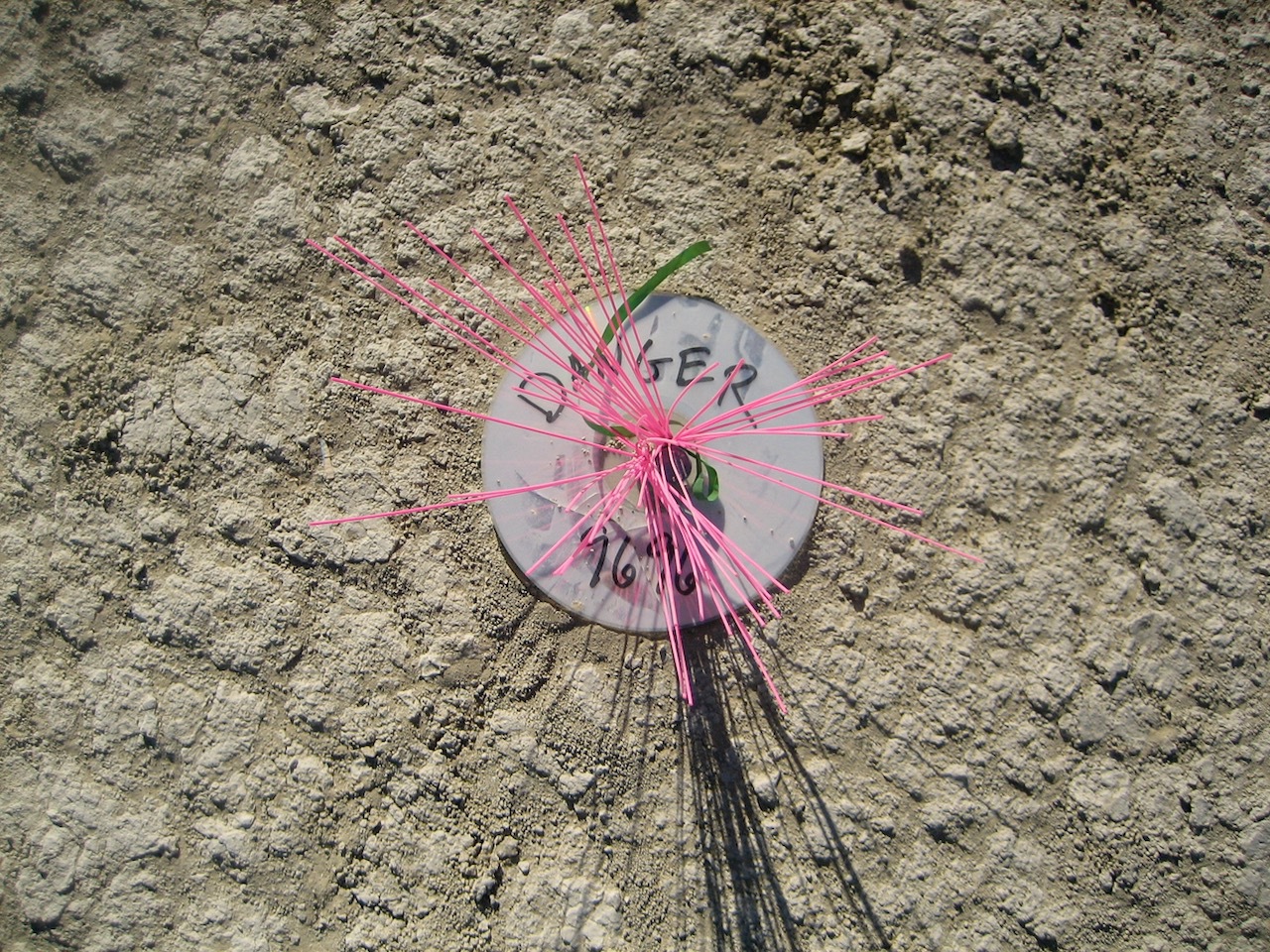 A base holding the electronics was staked with rebar into the playa and the pyramid was screwed on to that. It ran all week on a 100Ah deep cycle battery. 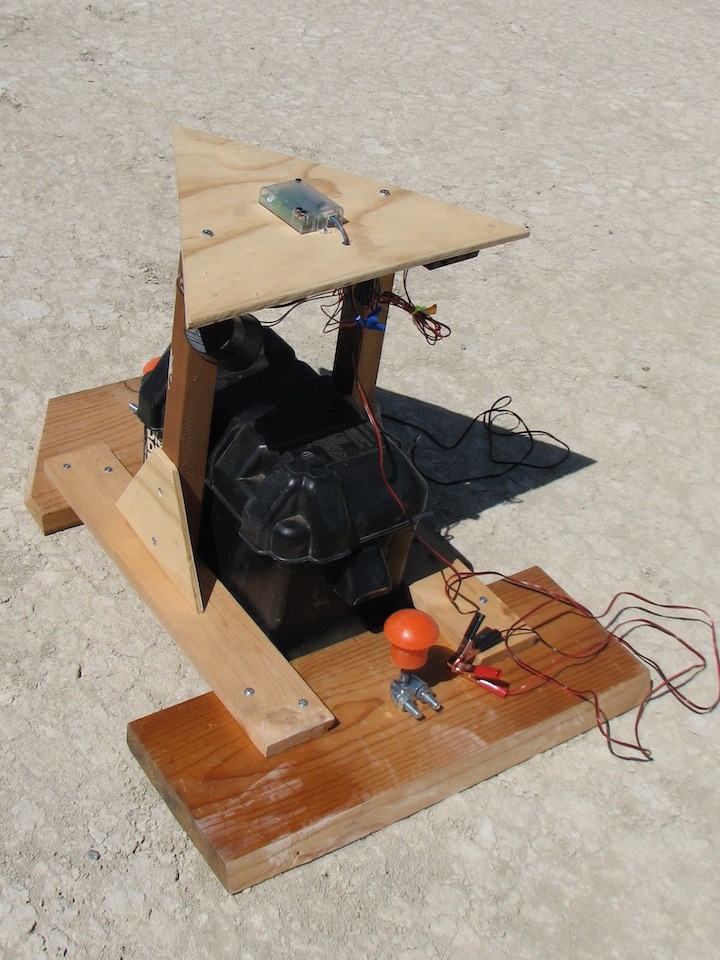 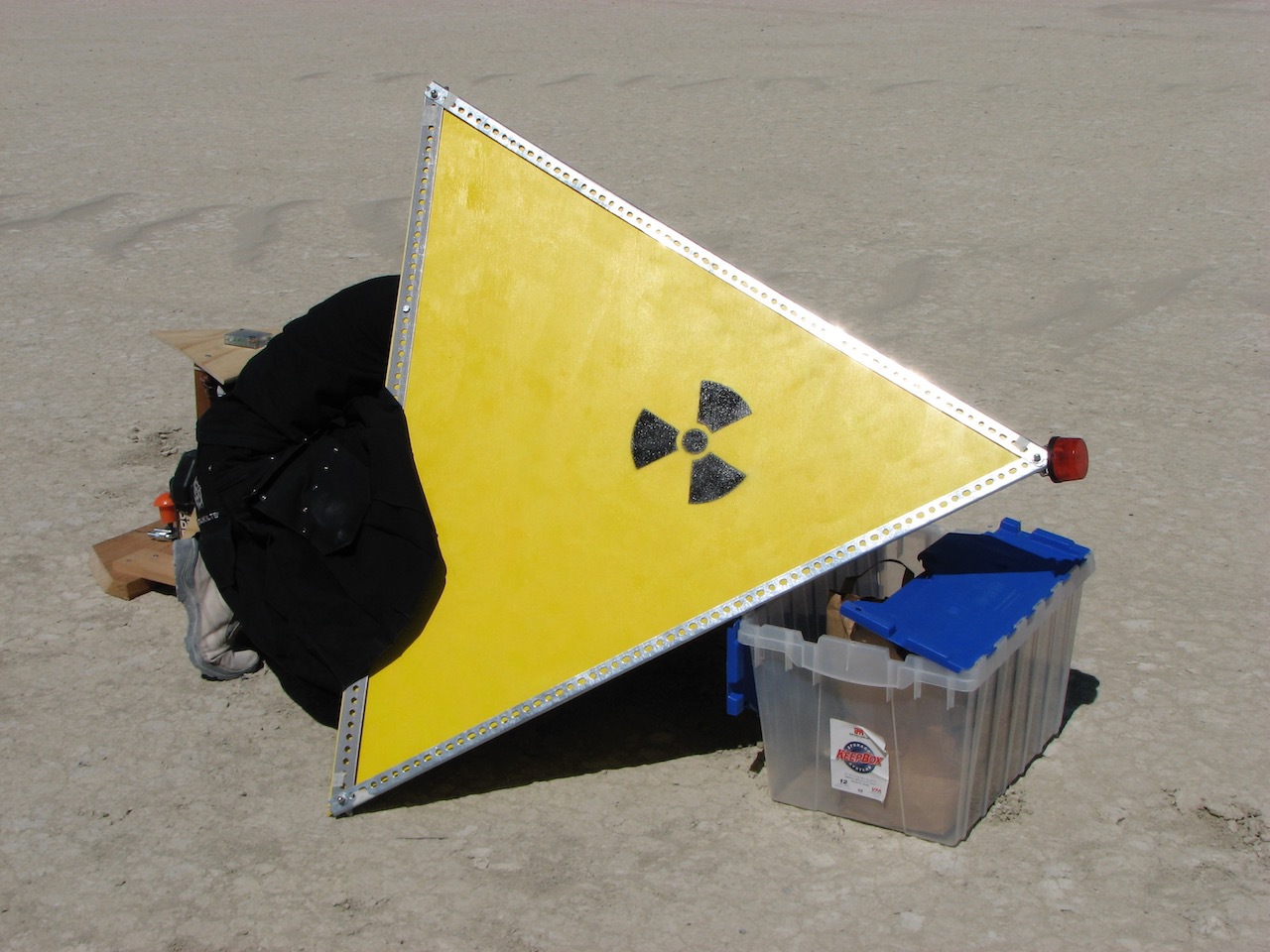 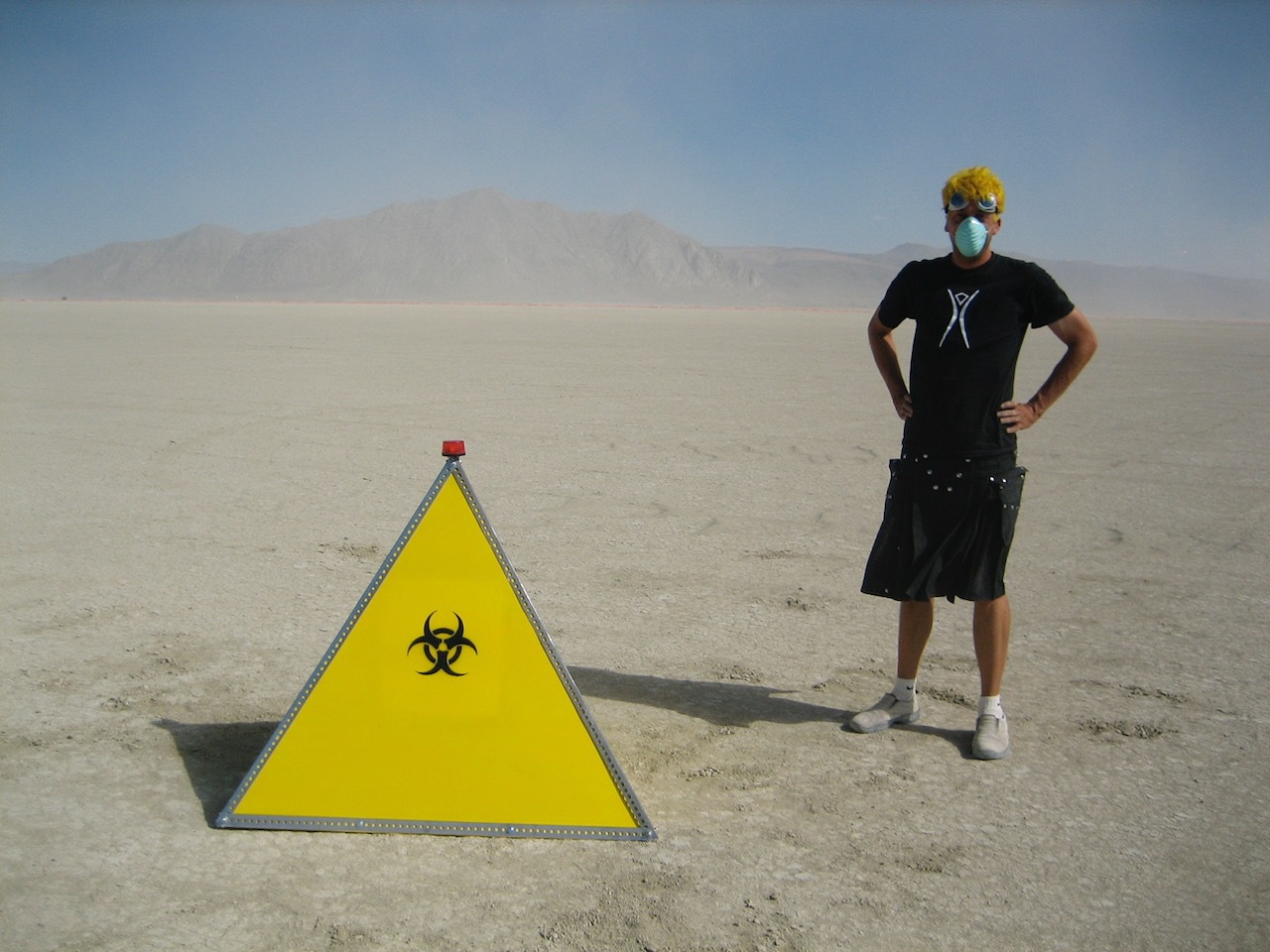 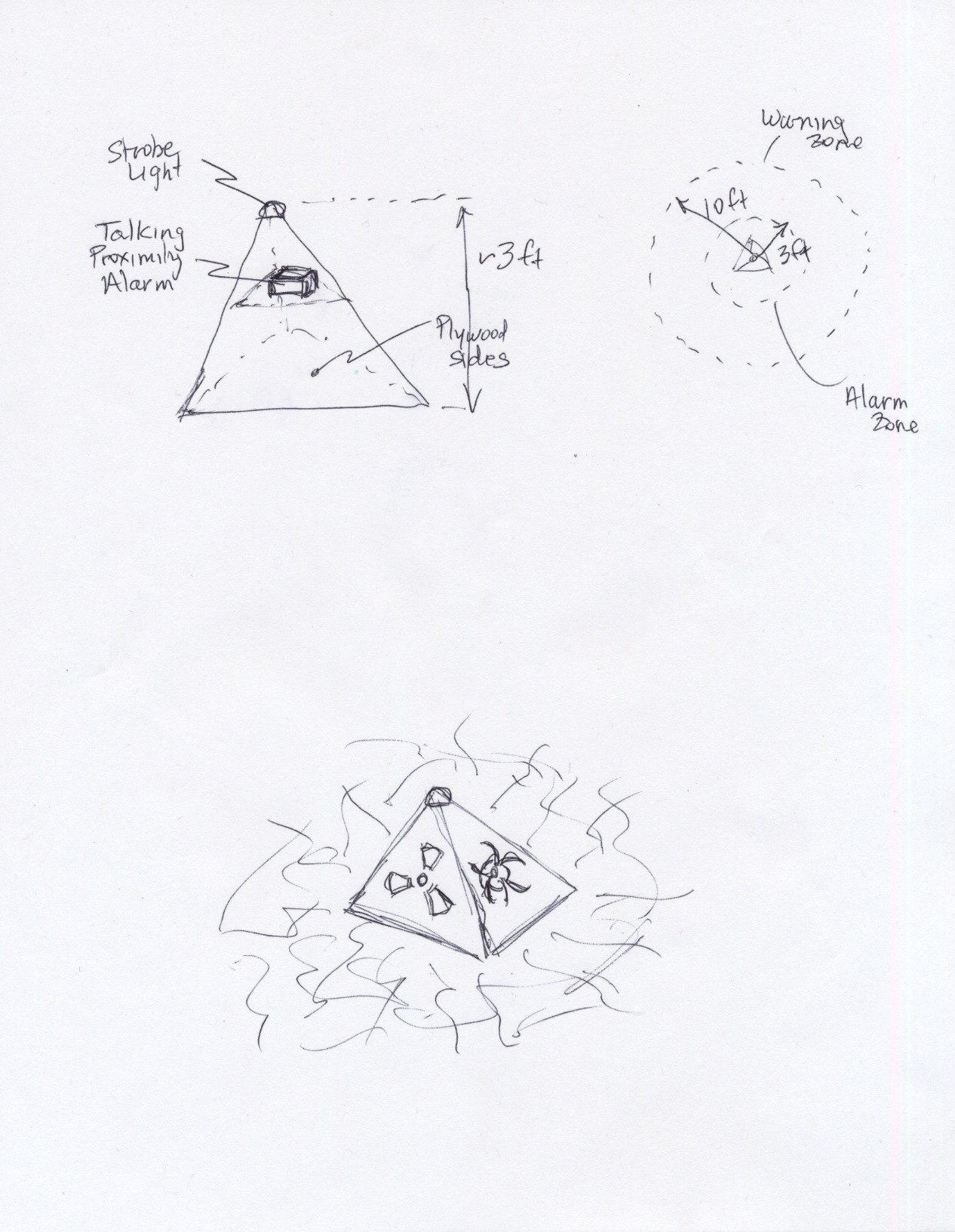 Danger was powered by a talking car alarm with an ultrasonic range sensor. 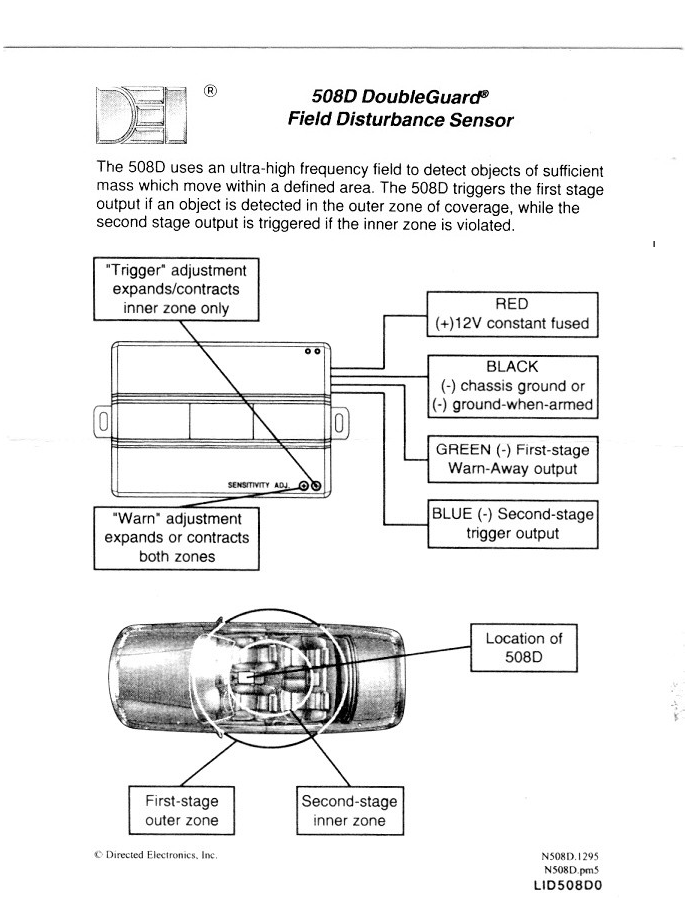 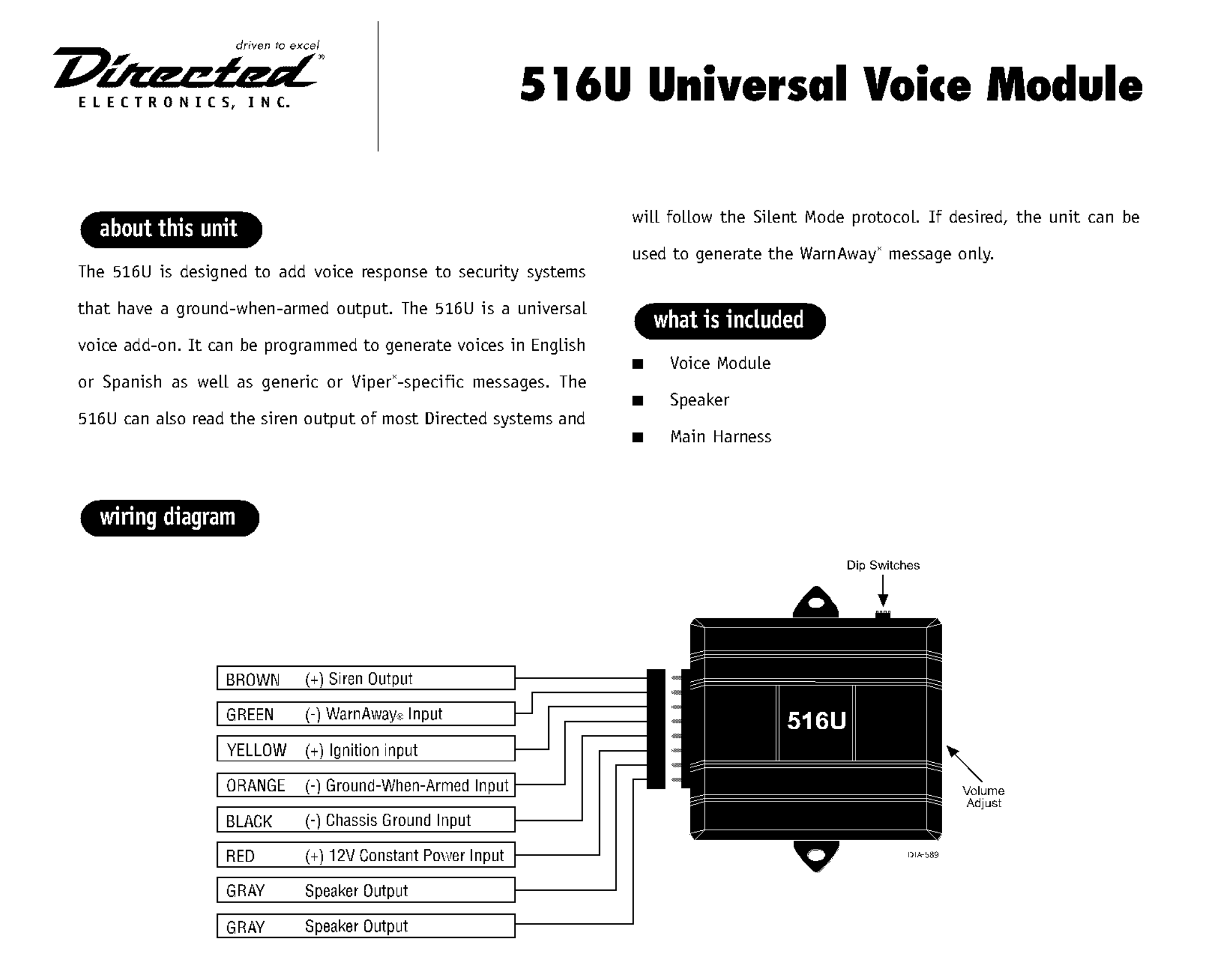 The pyramid was constructed from plywood and angle iron. 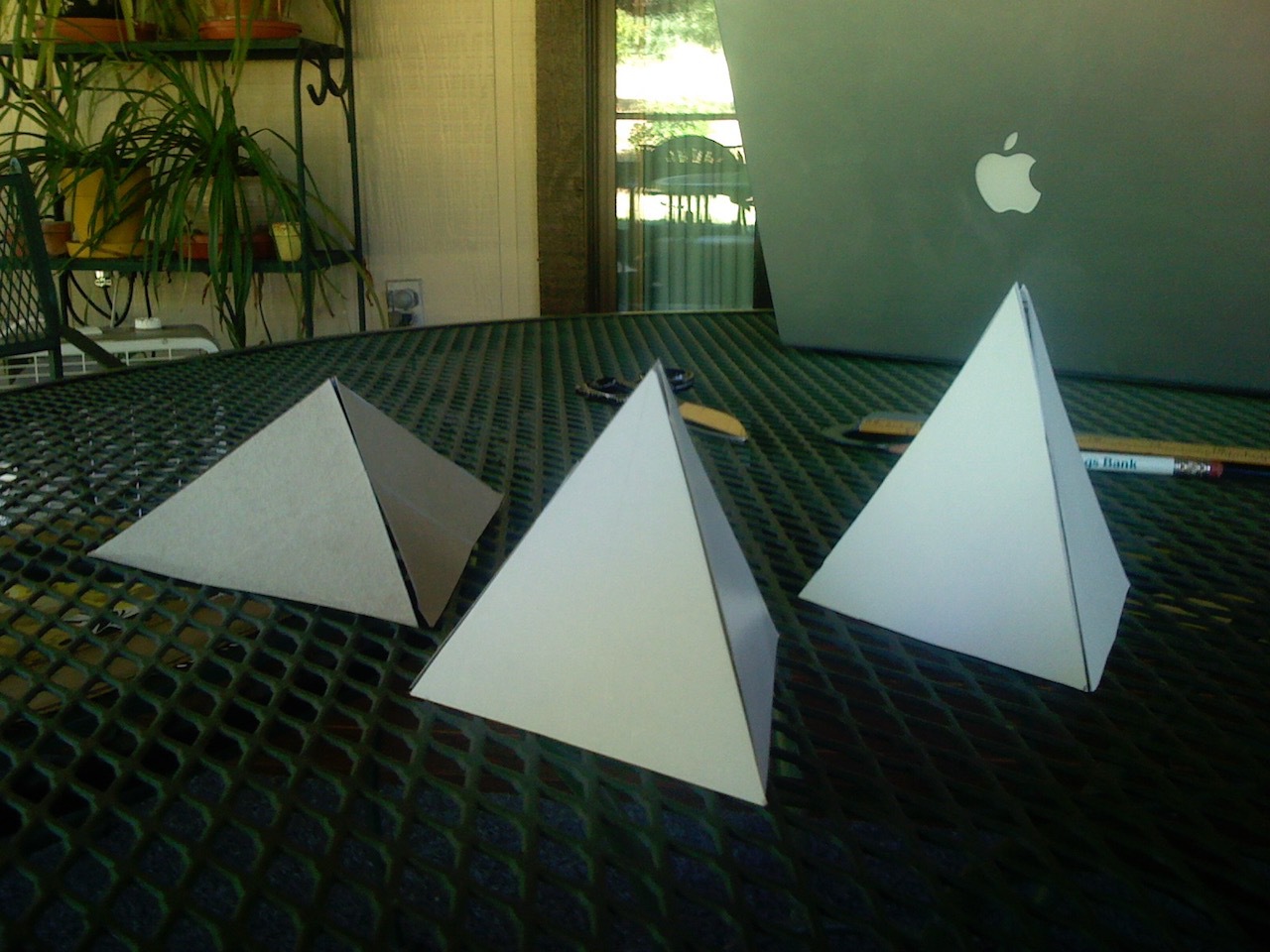 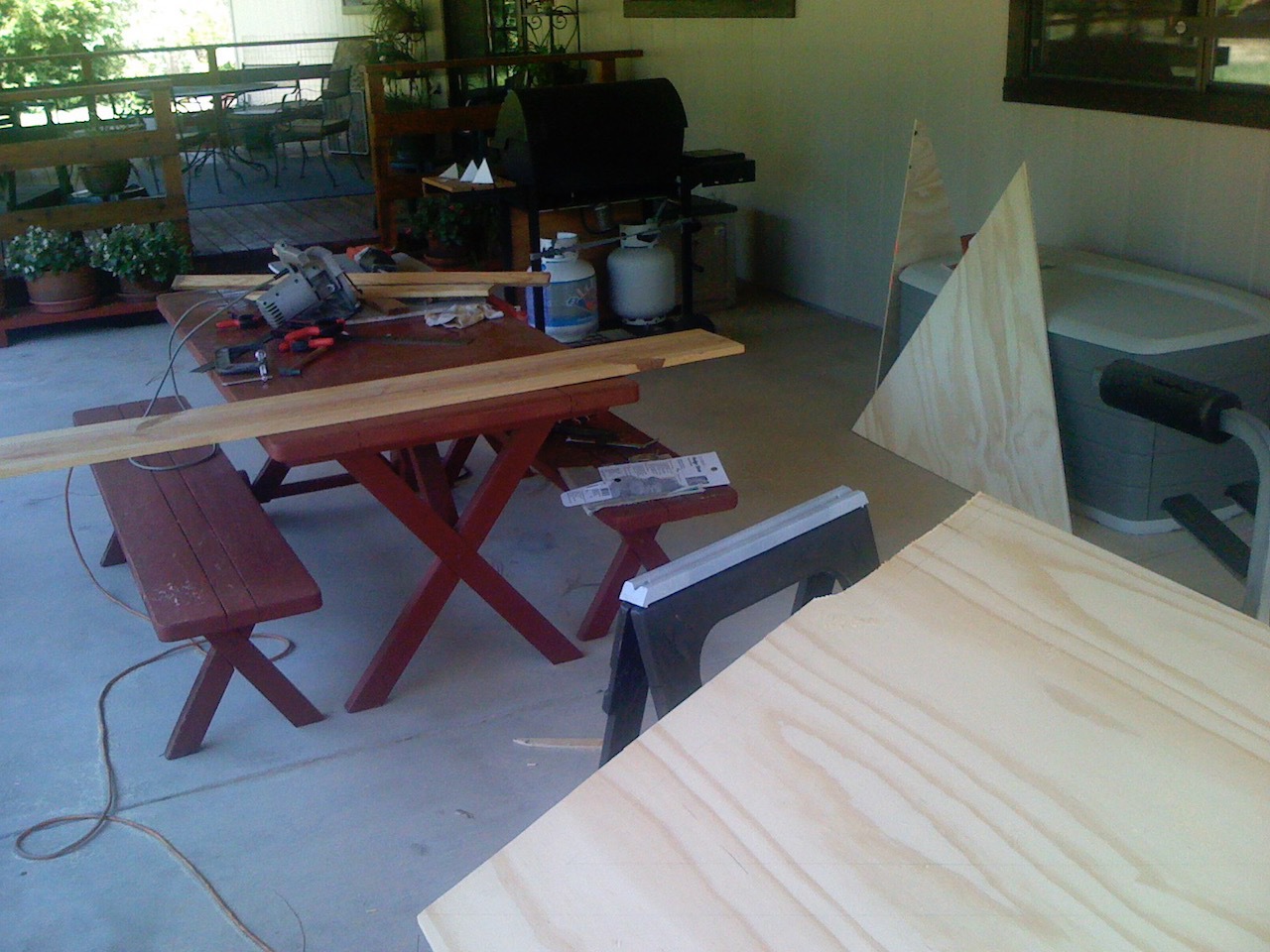 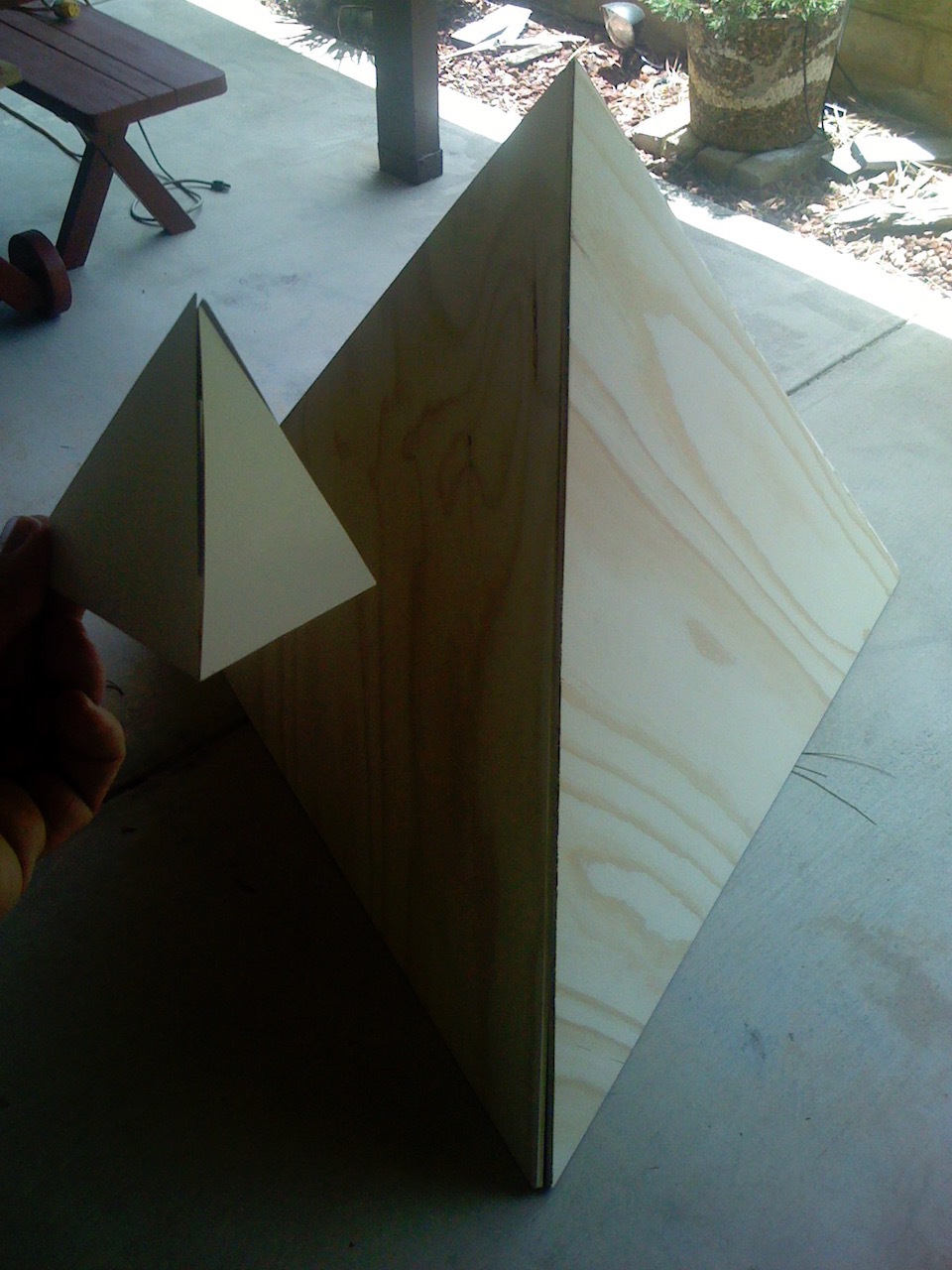 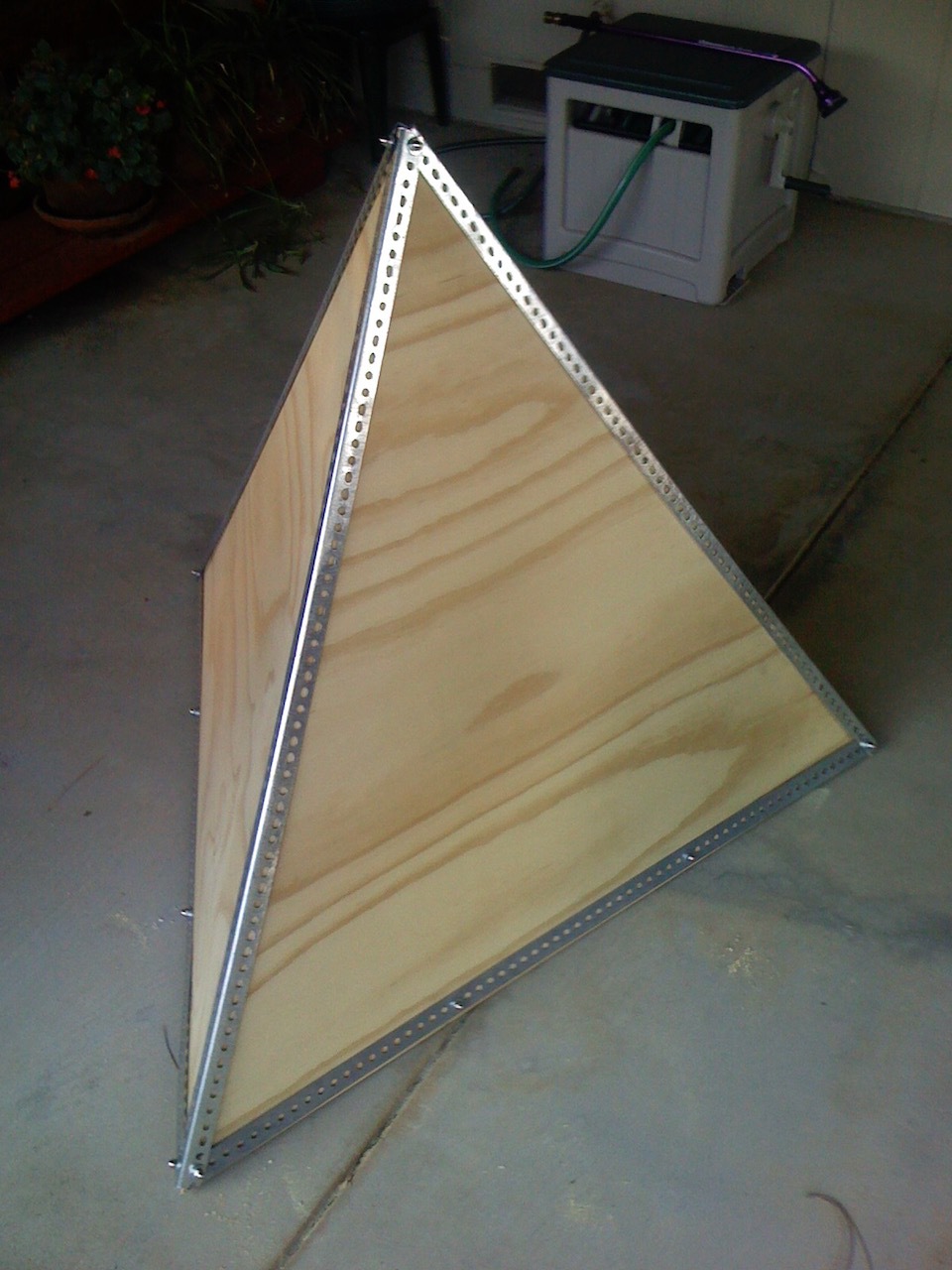 It was painted safety yellow and stenciled with the hazard symbols. 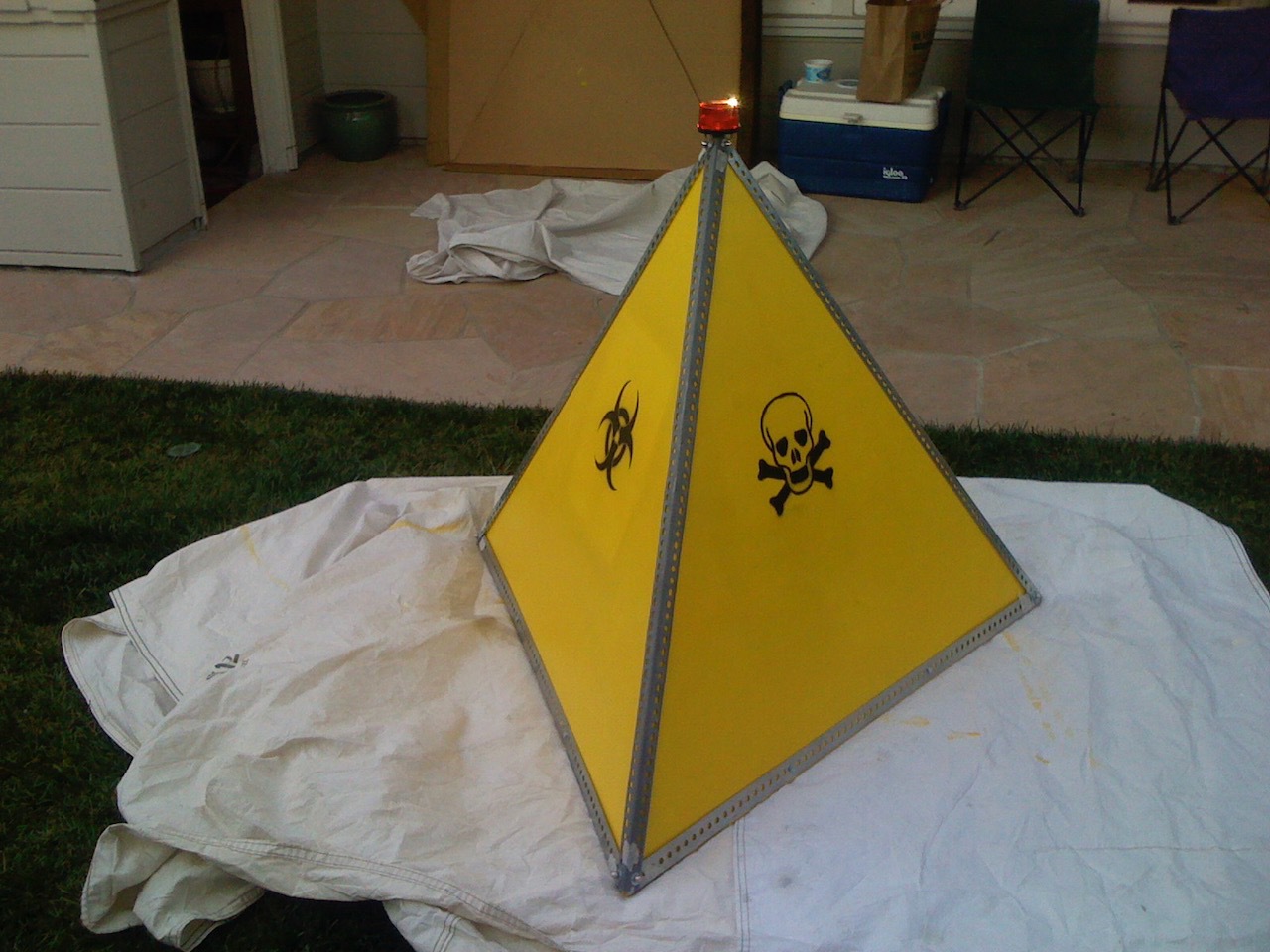 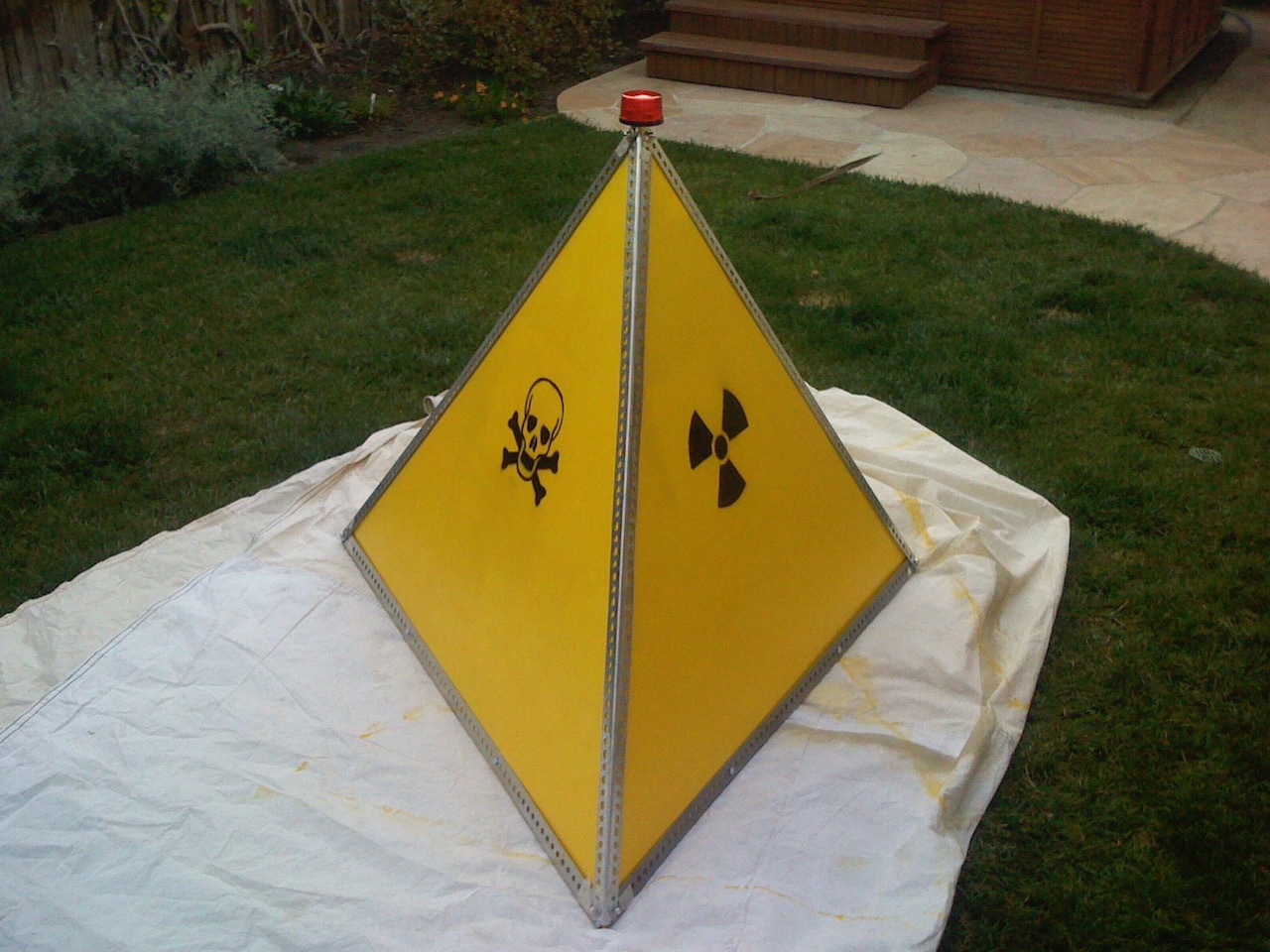 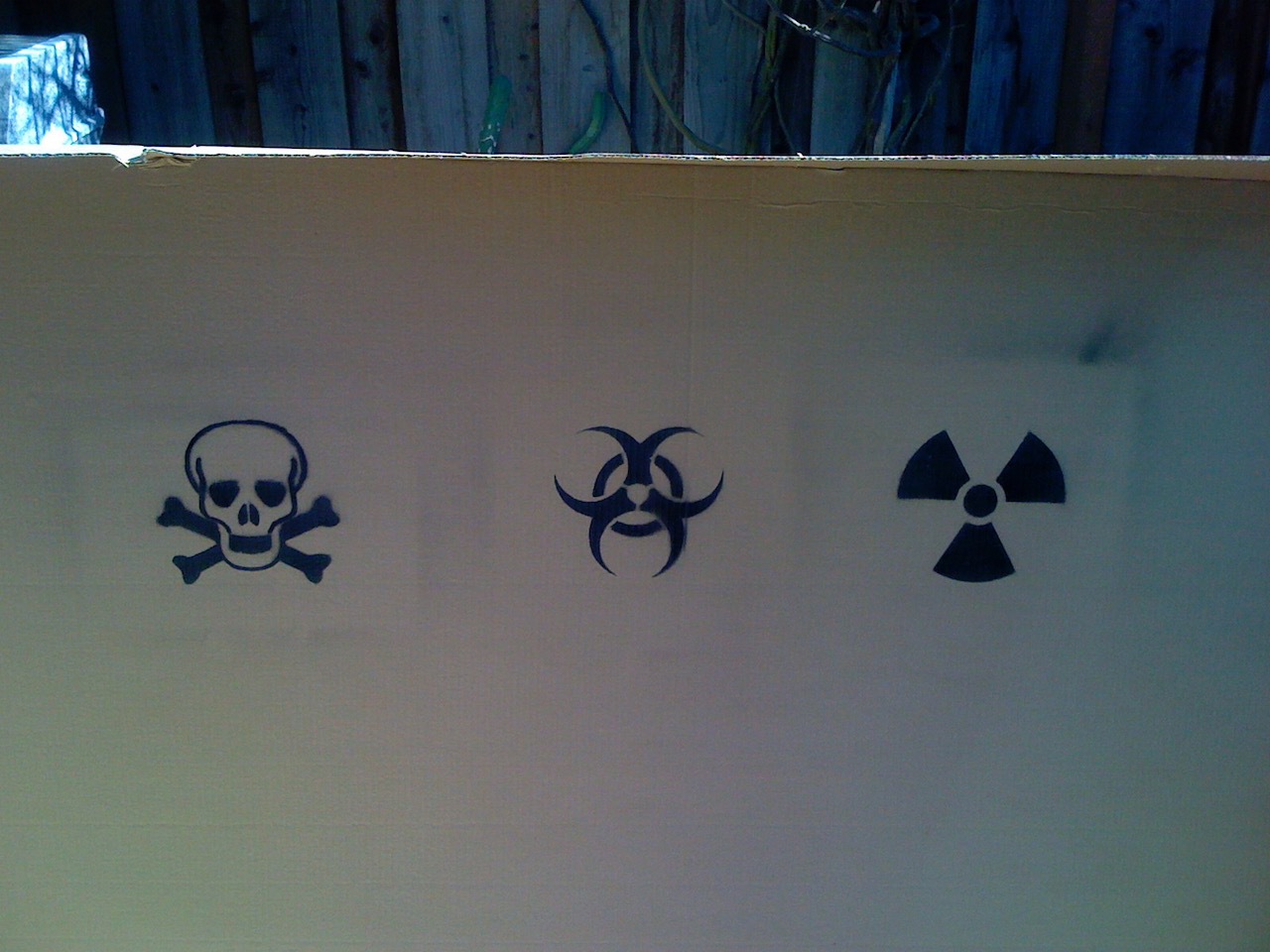 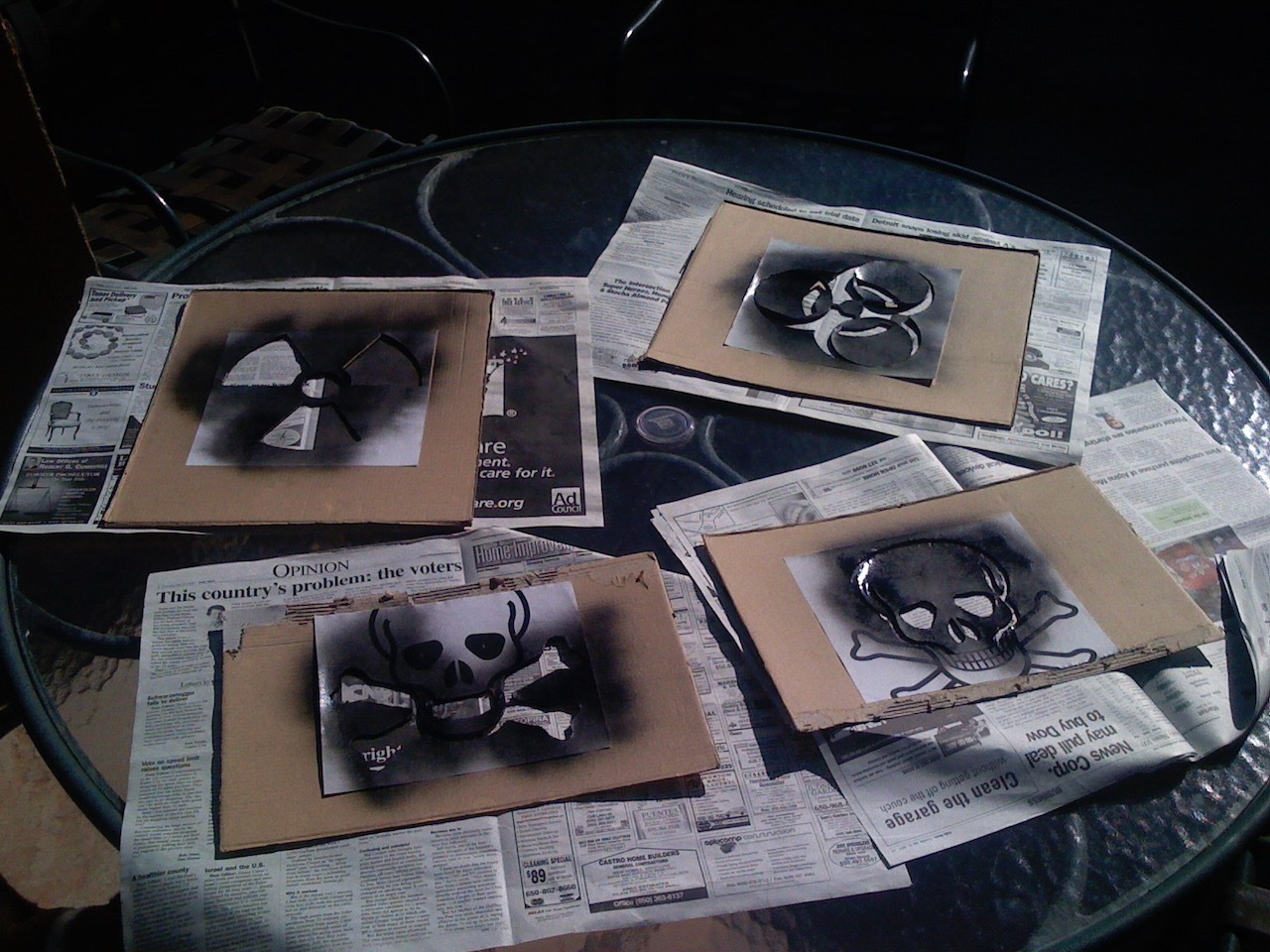 Since I had the stencils, I made some shirts to give away! 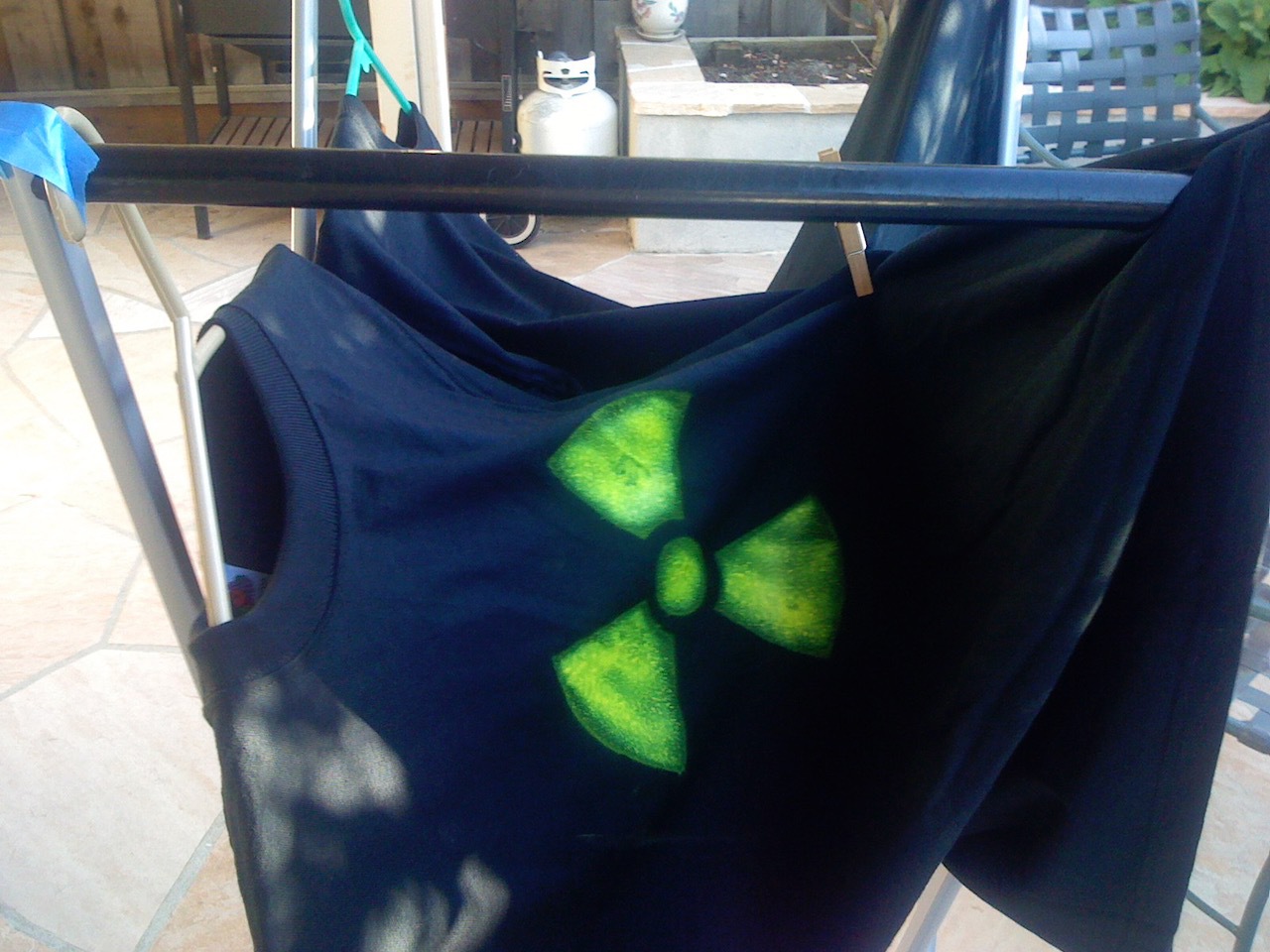 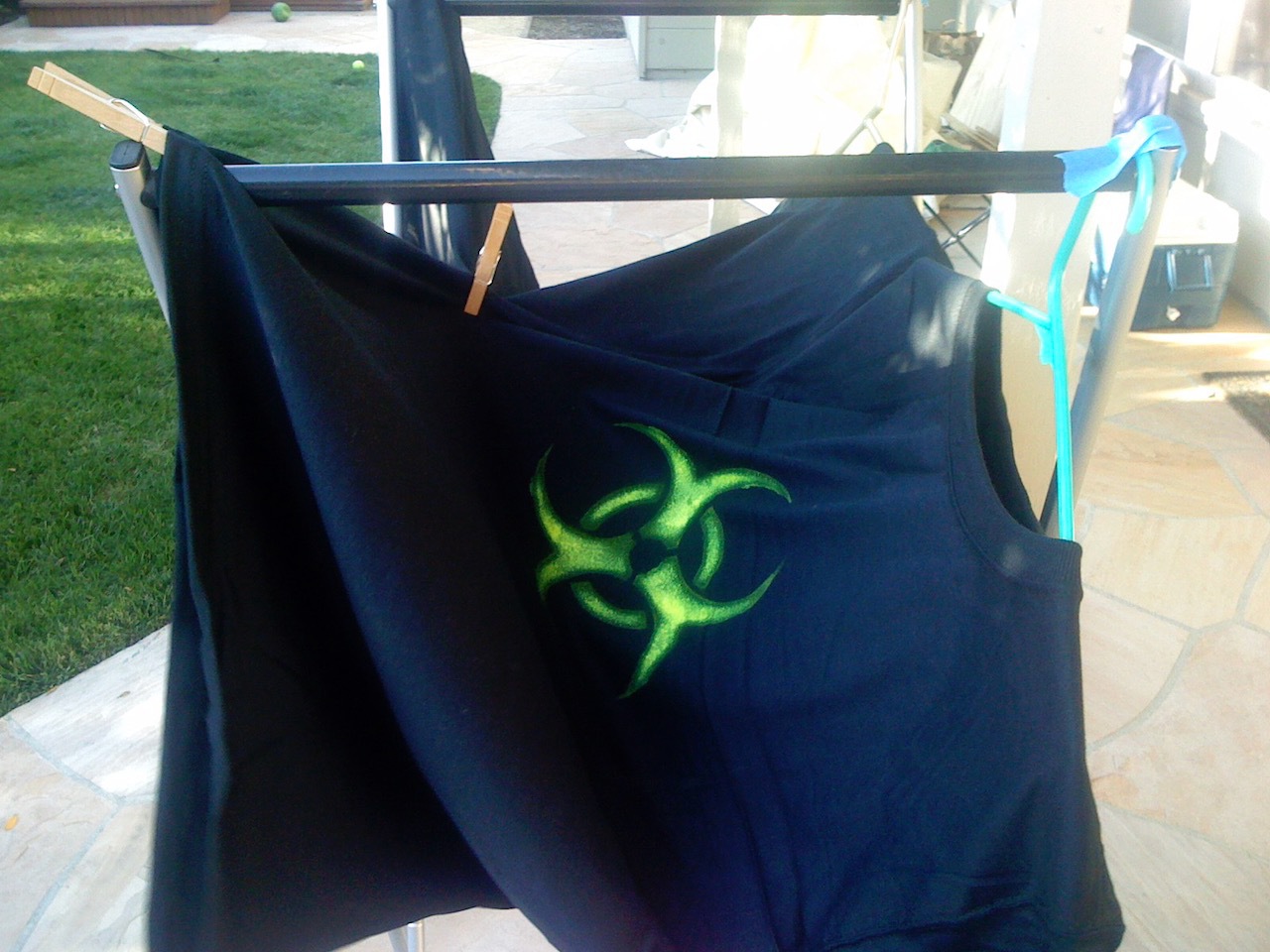 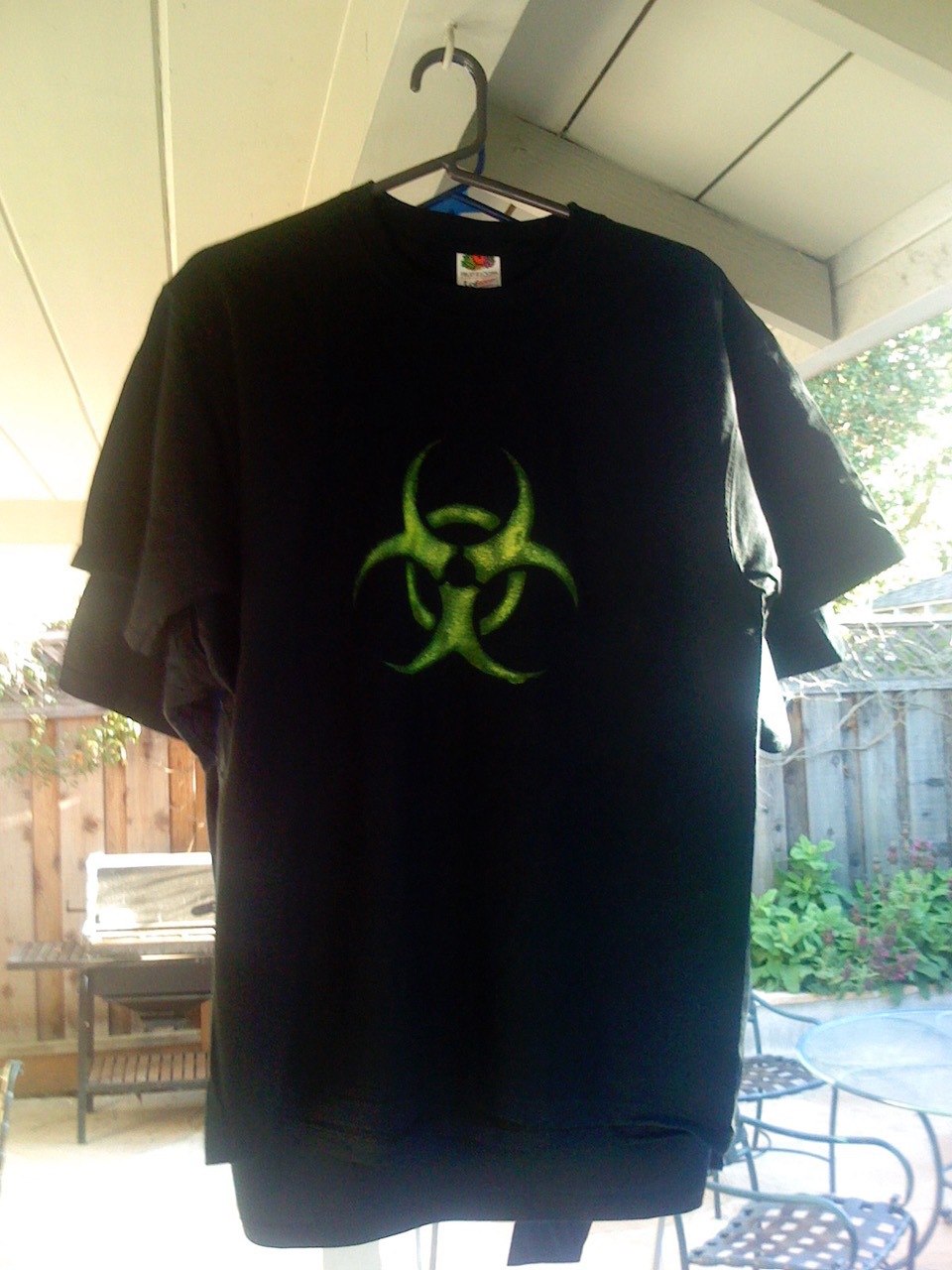