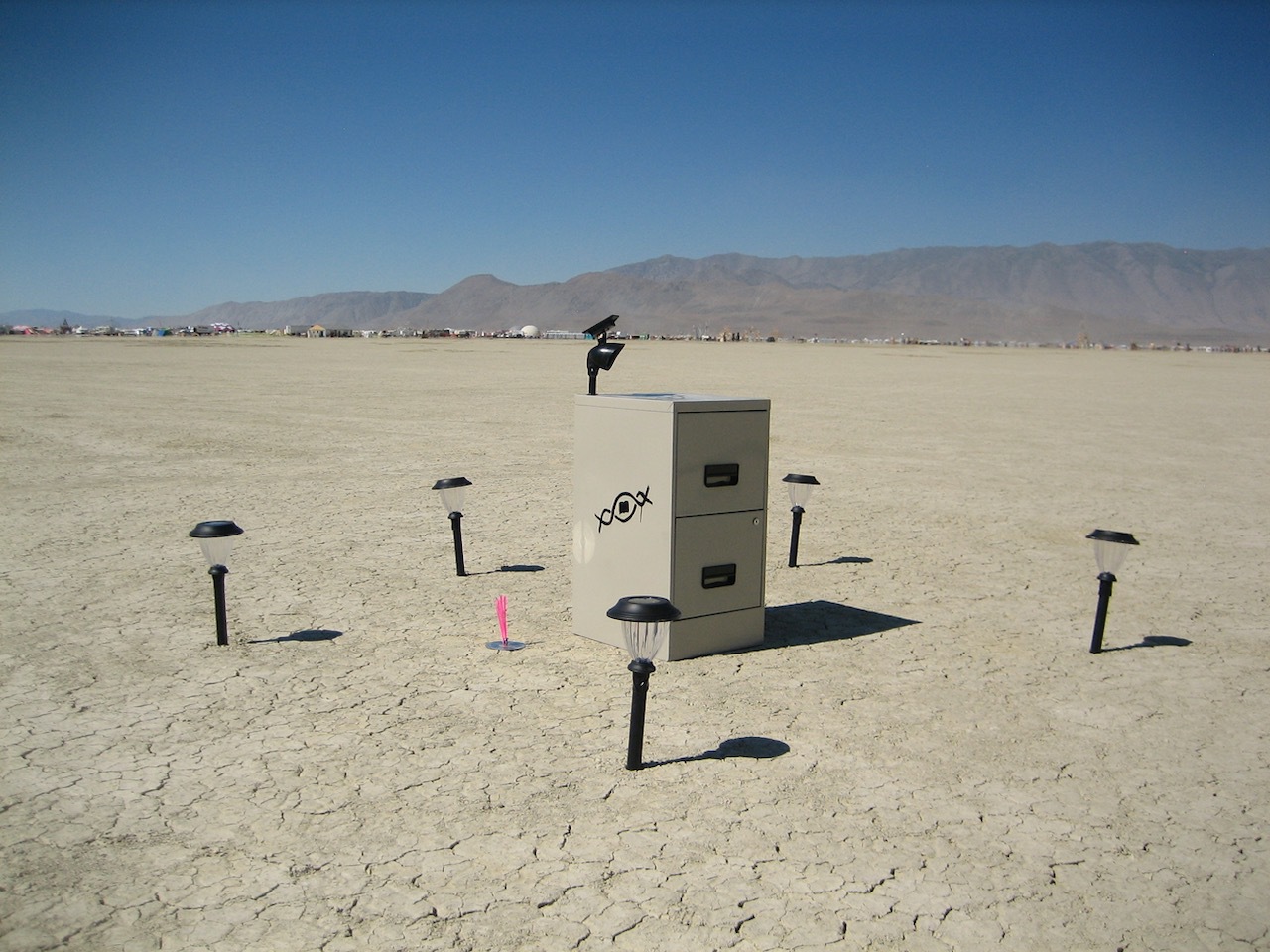 Recombinant Poetry was a filing cabinet full of nonsense rhyming couplets, algorithmically generated from the deconstructed remains of one million scanned books, that I took to Burning Man in 2011. 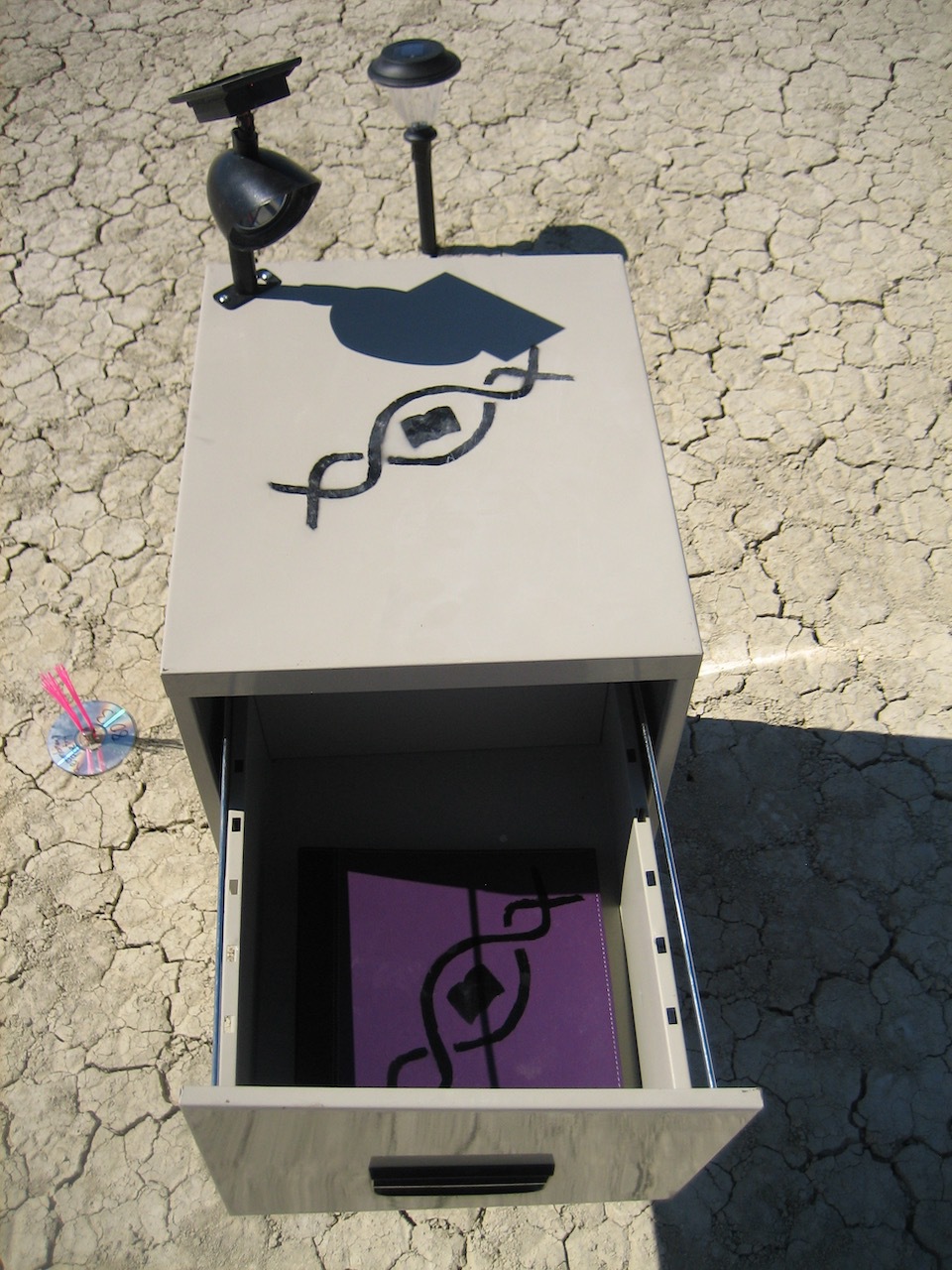 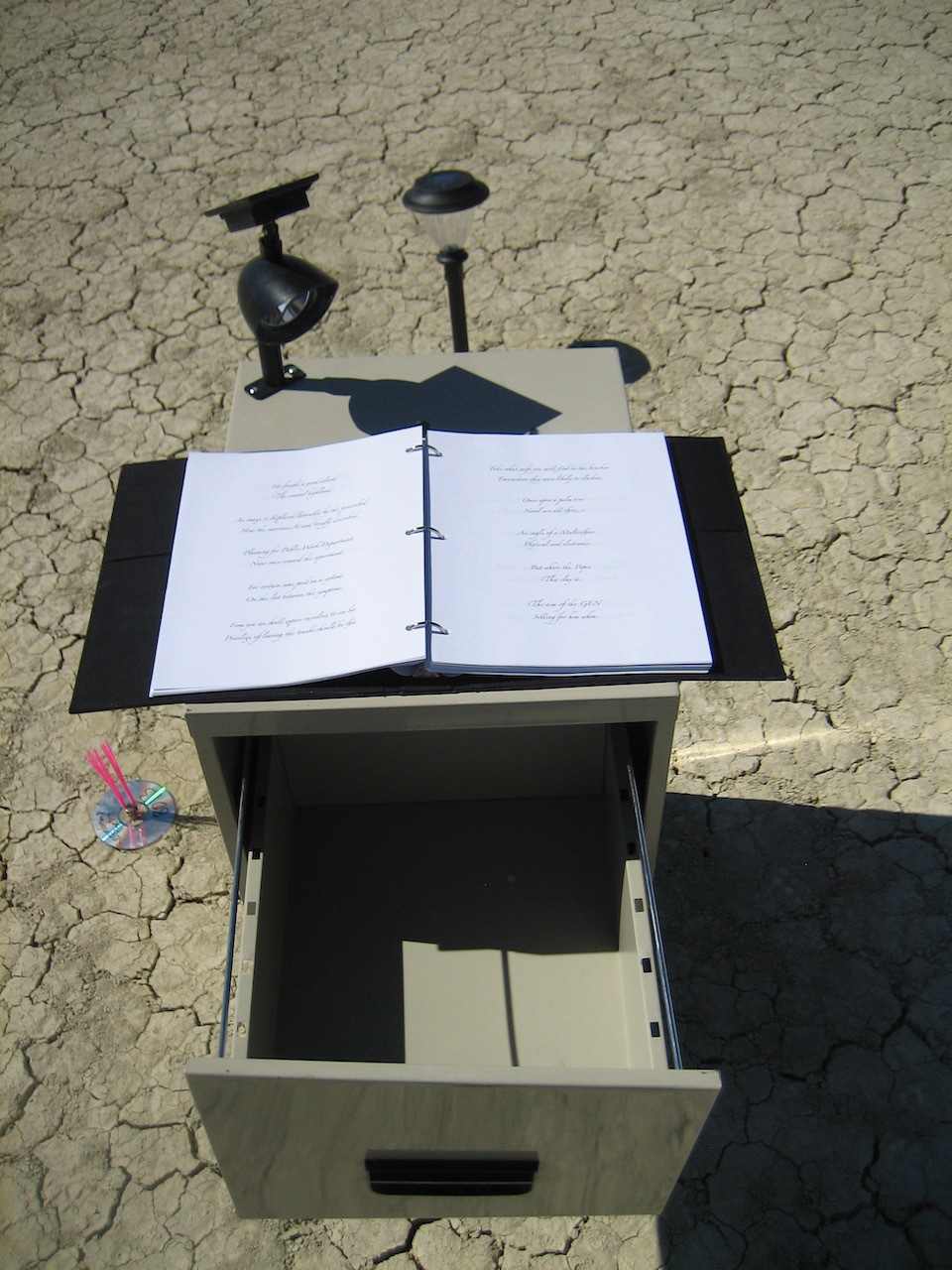 She heard herself thus to use their heads
Technicalities of the stream beds.

I rose on all sides
The would-be guides.

I cannot decide
Inside and outside.

I have tales of this Vicar of St
Speedily to be good friends in Leadenhall street.

An image formed
He was armed.

From you that it afflicted him as an adjuster
To the invasion of the English minister.

No more to bring over to the 3151 December
To the Collector is to remember.

Is it fair weather with the Algonquins on their kinetic
Iron from aluminum-iron magnetic.

An eagle or two Christians; but bestowing
Medical problems and outlined the following. 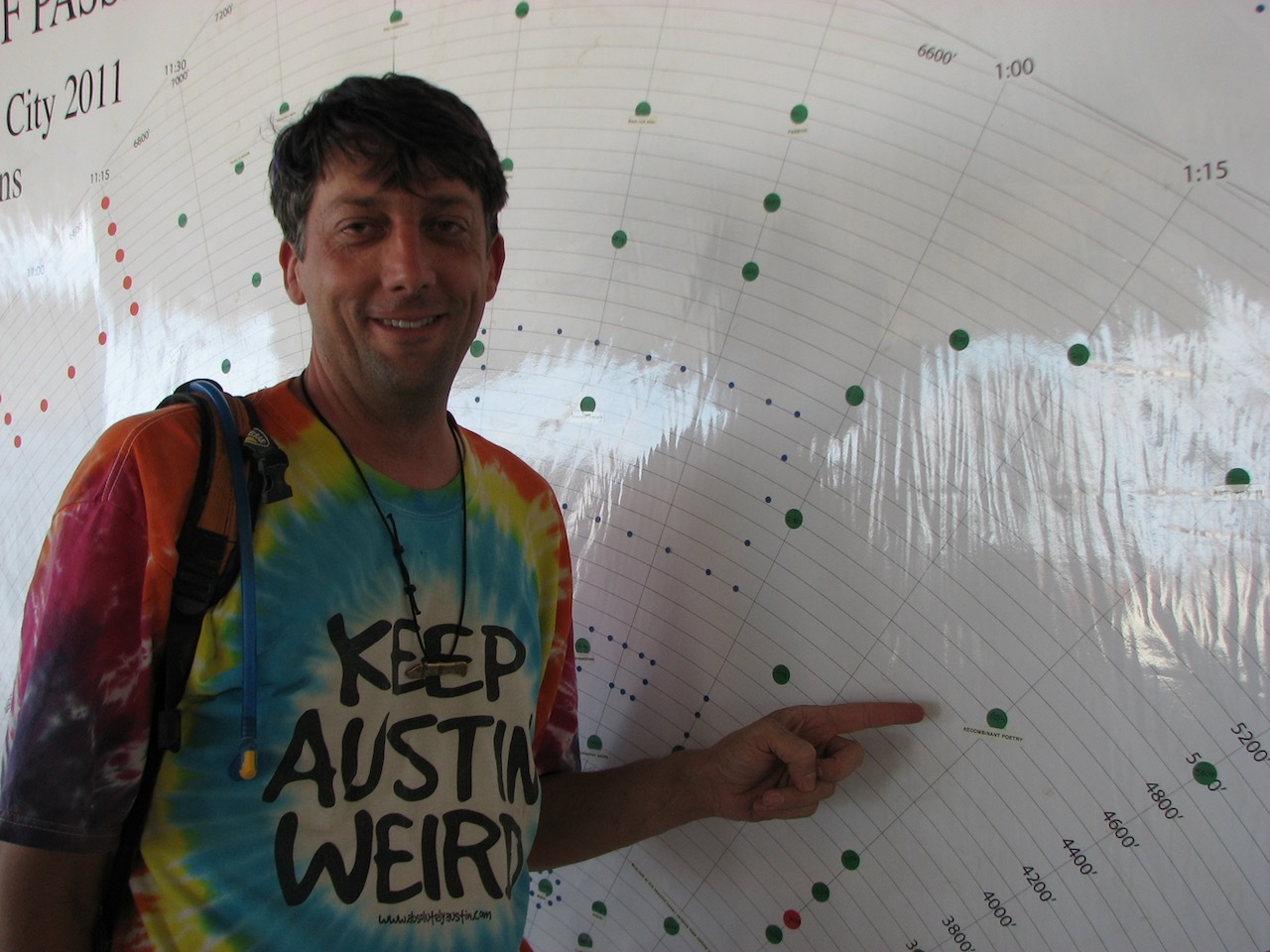 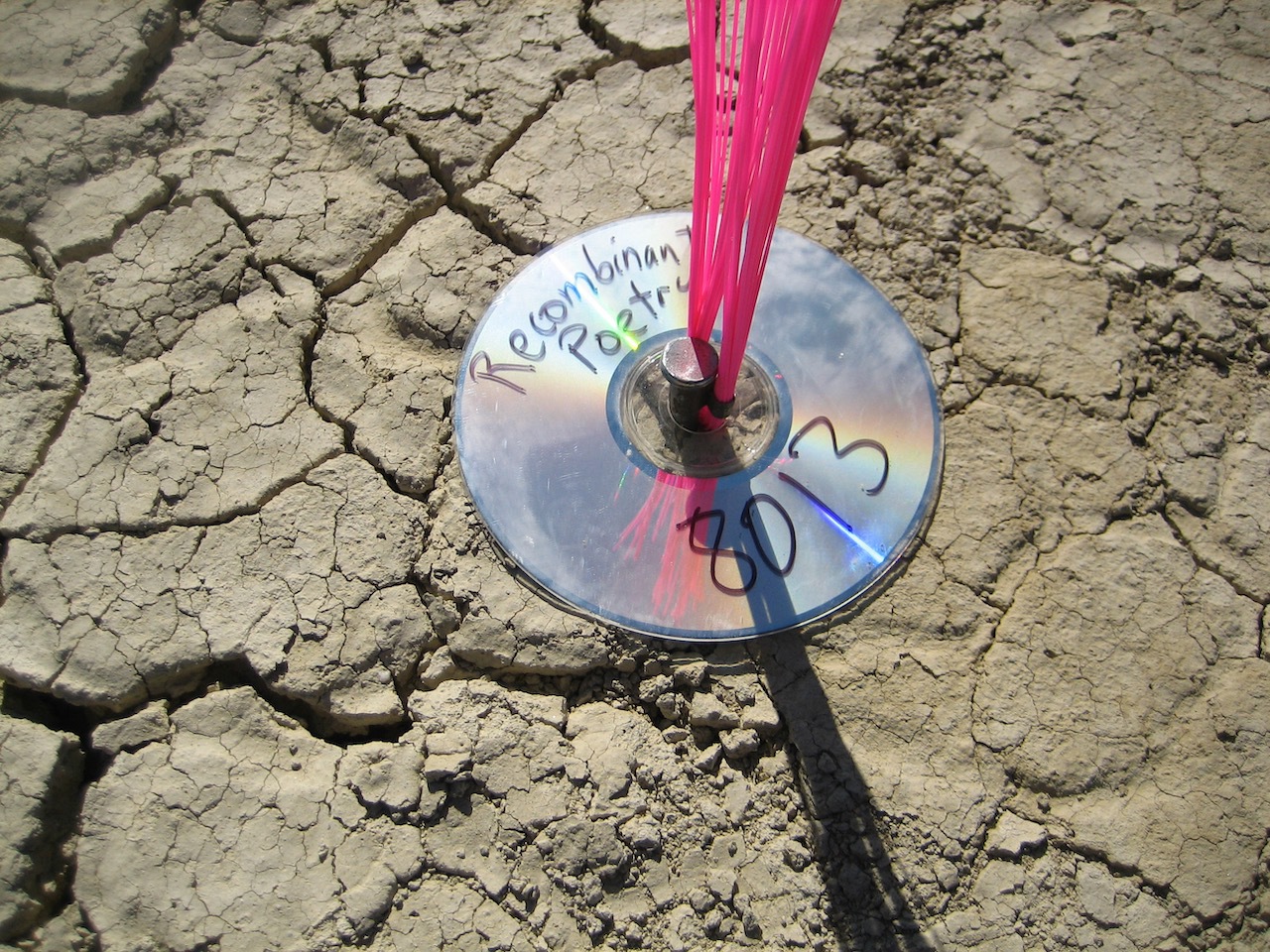 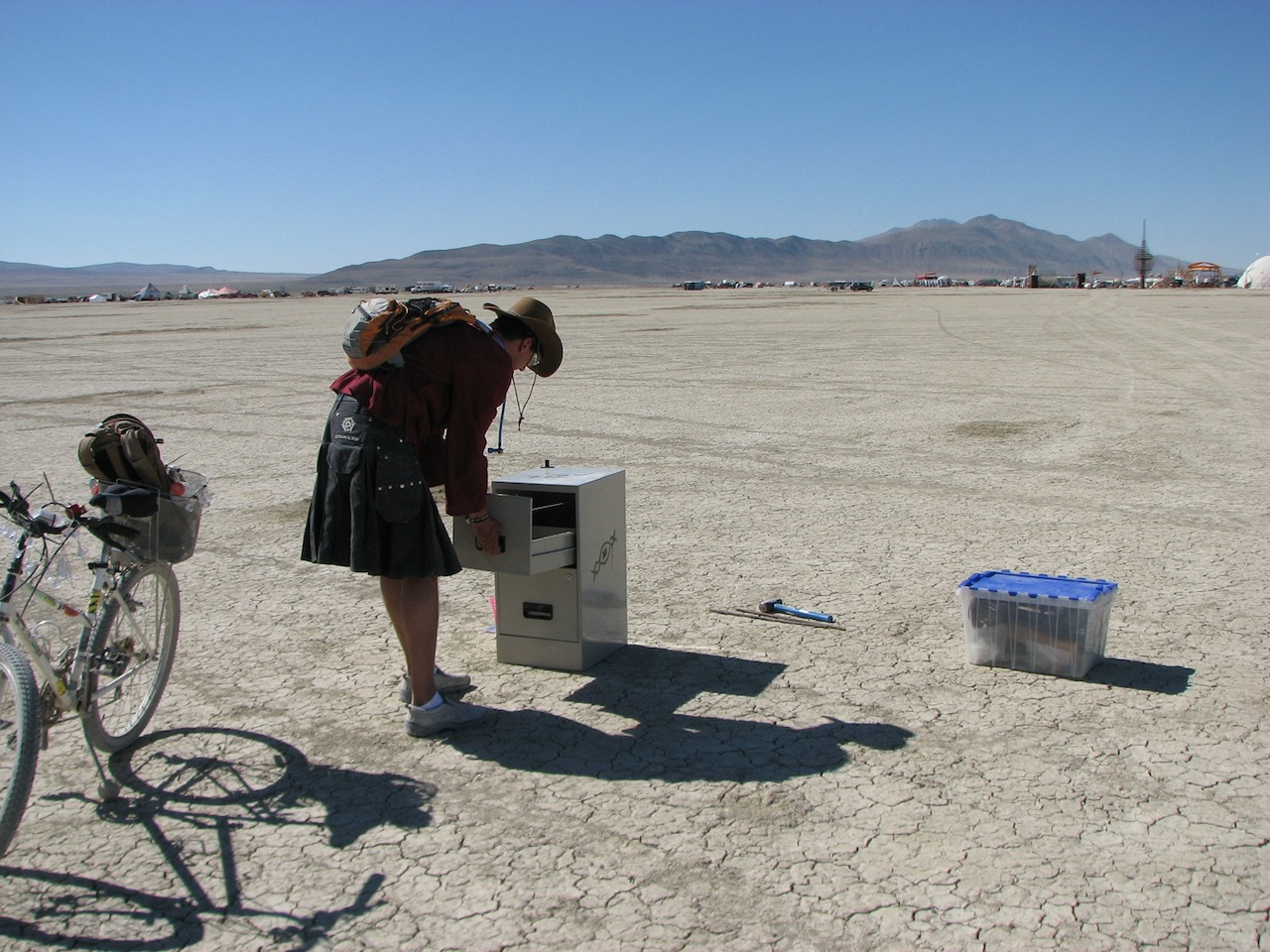 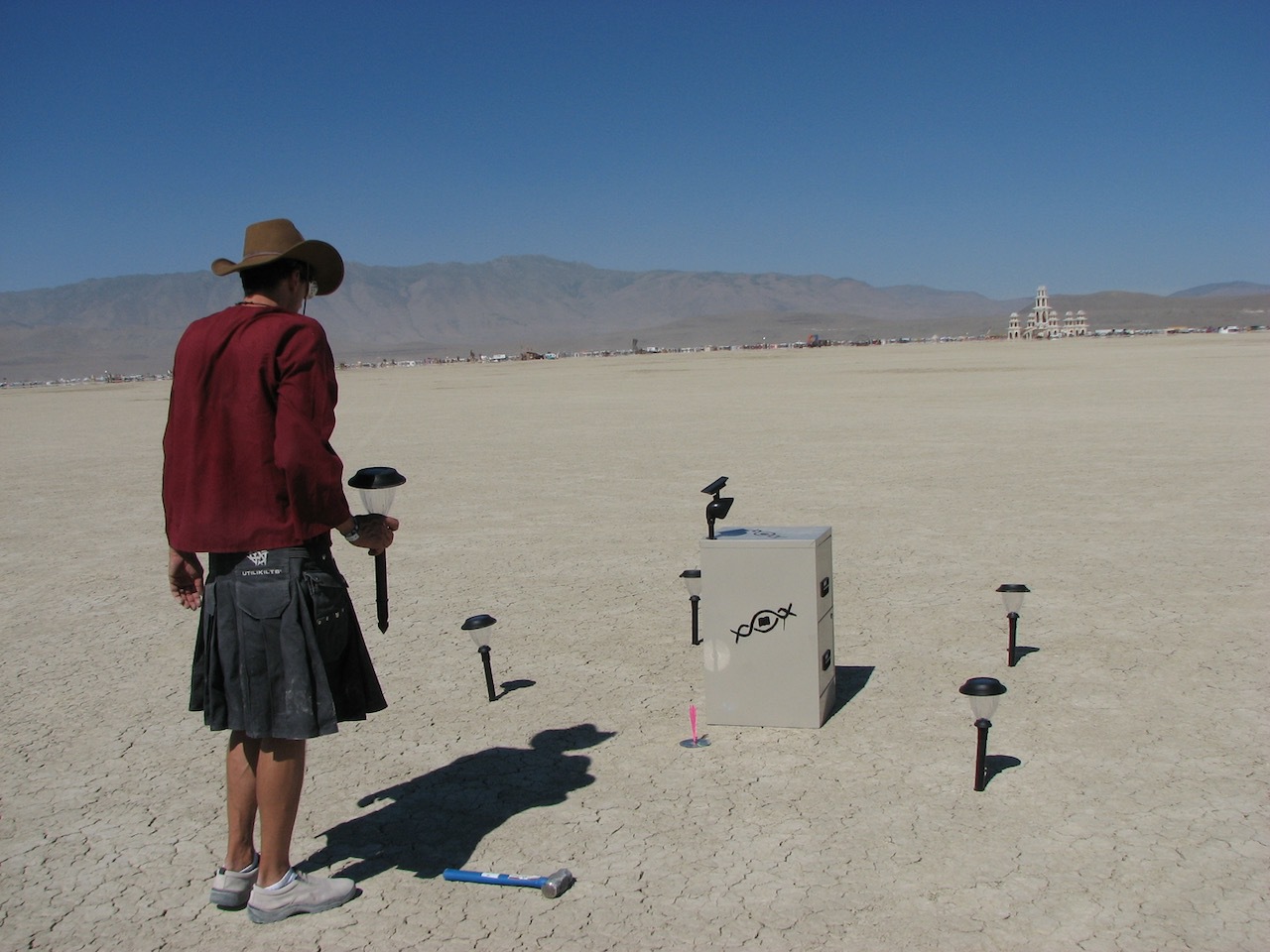 My friend Thane and I had been playing around with Google’s Ngram data, using Markov chains to generate random text and word puzzles, when we got the idea to mix in the CMUDict Pronouncing Dictionary and generate rhyming couplets.

The algorithm used the 3-gram data (all sequences of three words, including punctuation, found in one million scanned books) and went something like this: