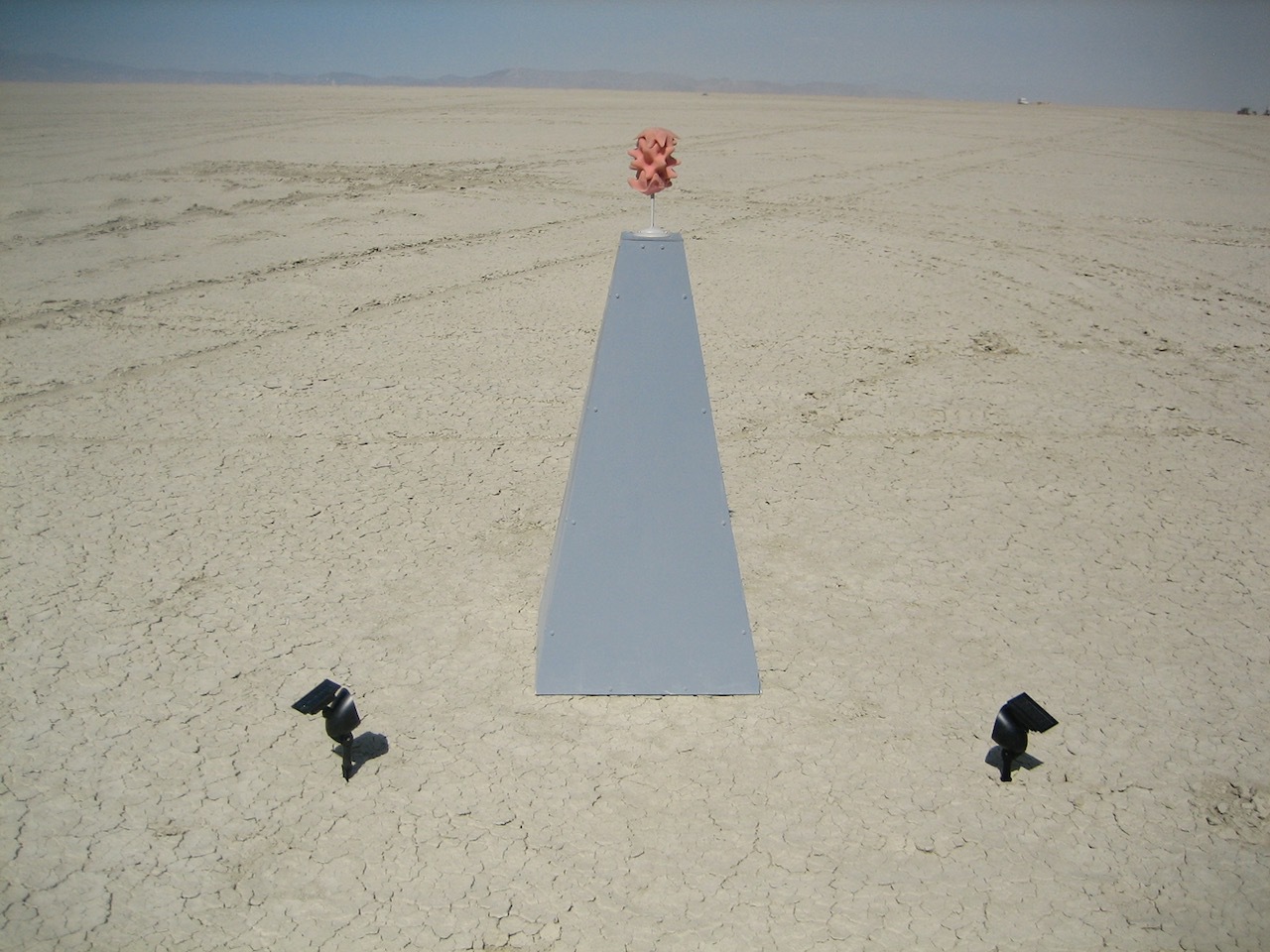 “A featureless pedestal stands at the center of a cacophony of invisible voices, the echoes of visitors past… and present. Echo will record, mix together, and play back messages left during the week in a continuous loop.”

That was the concept anyway. It worked pretty well at home, but the conditions at Burning Man are notorius for crushing the best laid plans. In this case, I didn’t plan for how bad the wind noise would be on the playa, and it was a very windy that year.

I improvised a windscreen using some packing foam, which helped, but it didn’t really solve the problem. 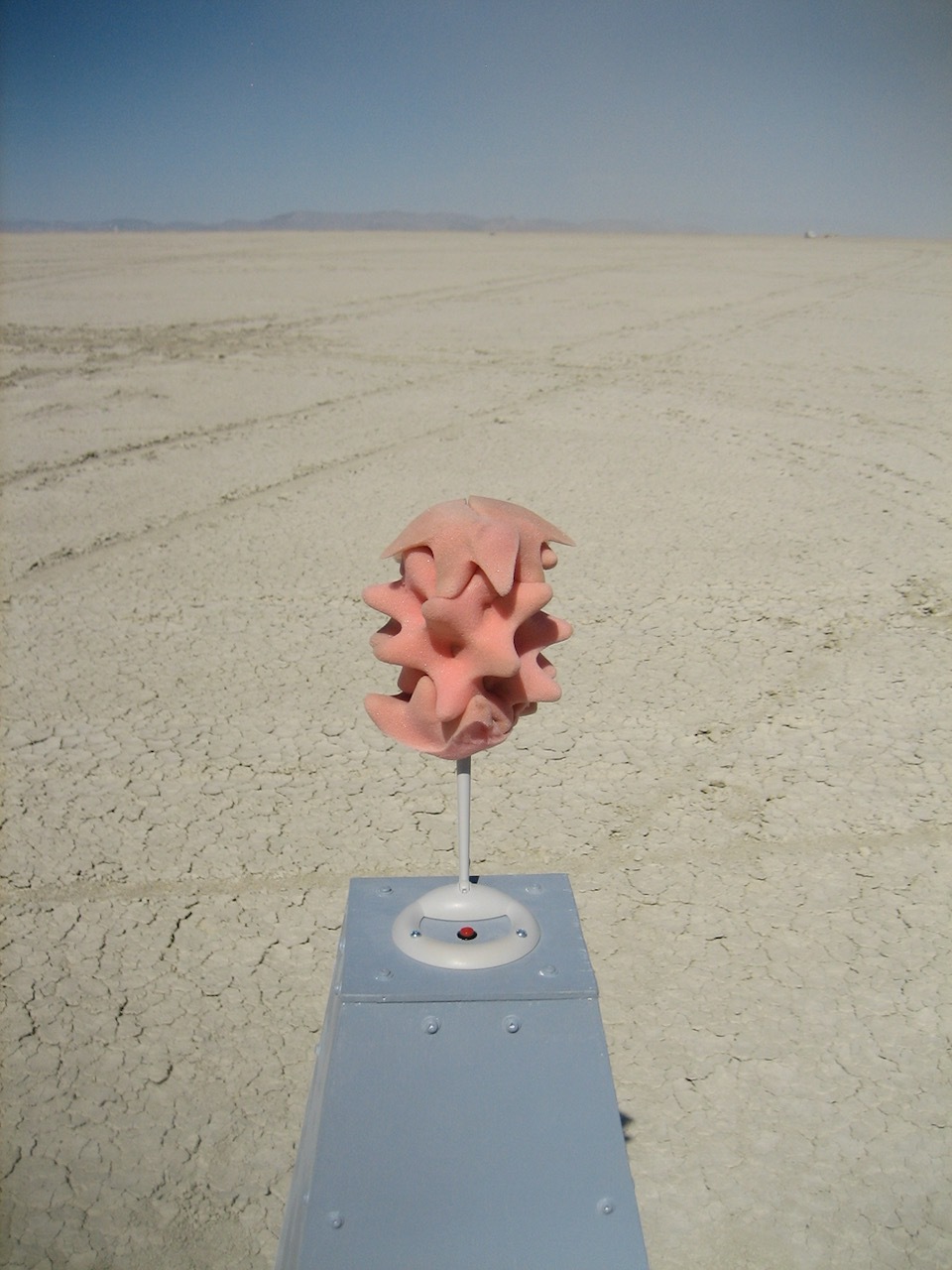 This is the best video I have, which isn’t saying much — the microphone on my camera also succumbed to wind noise. 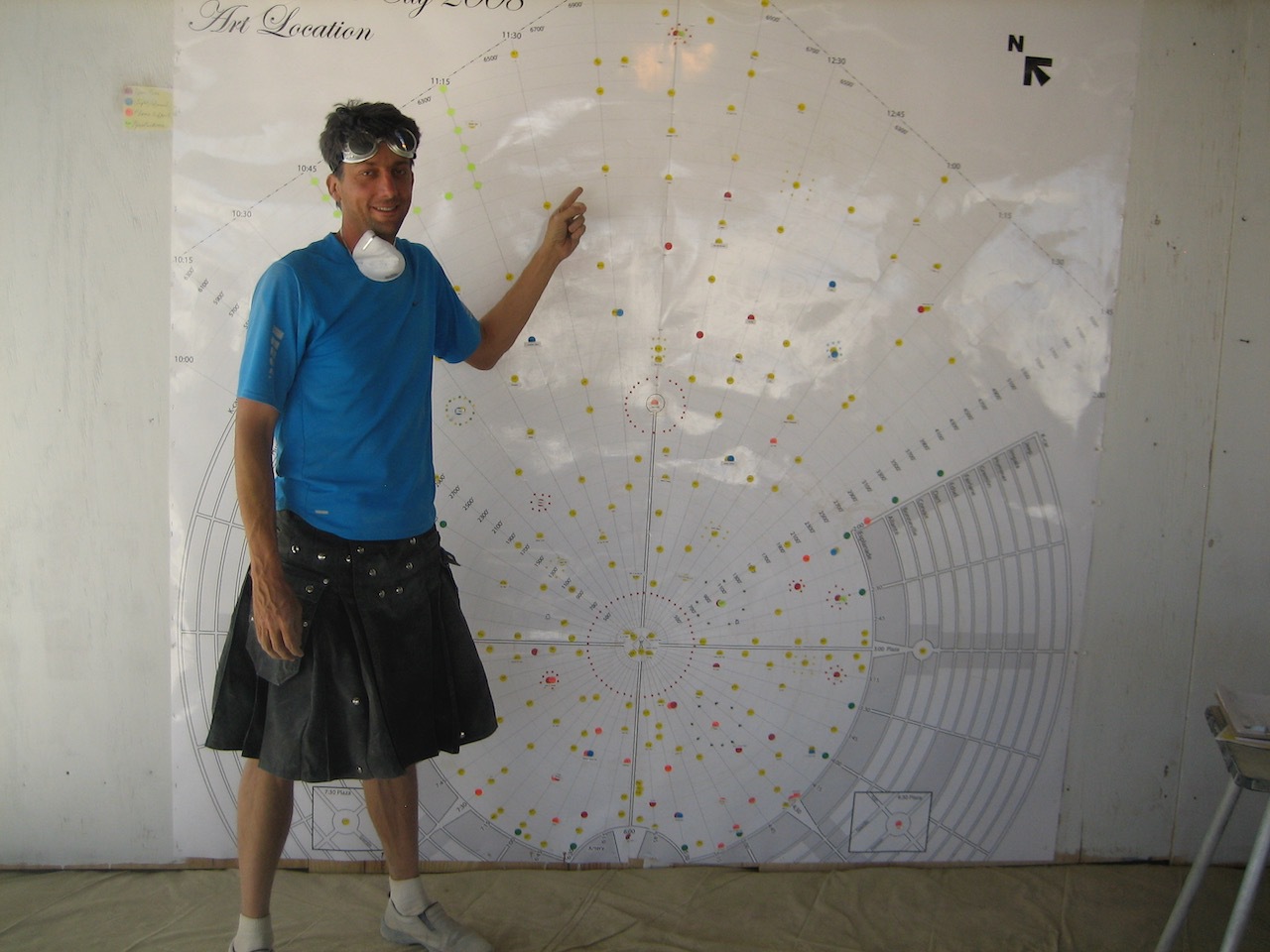 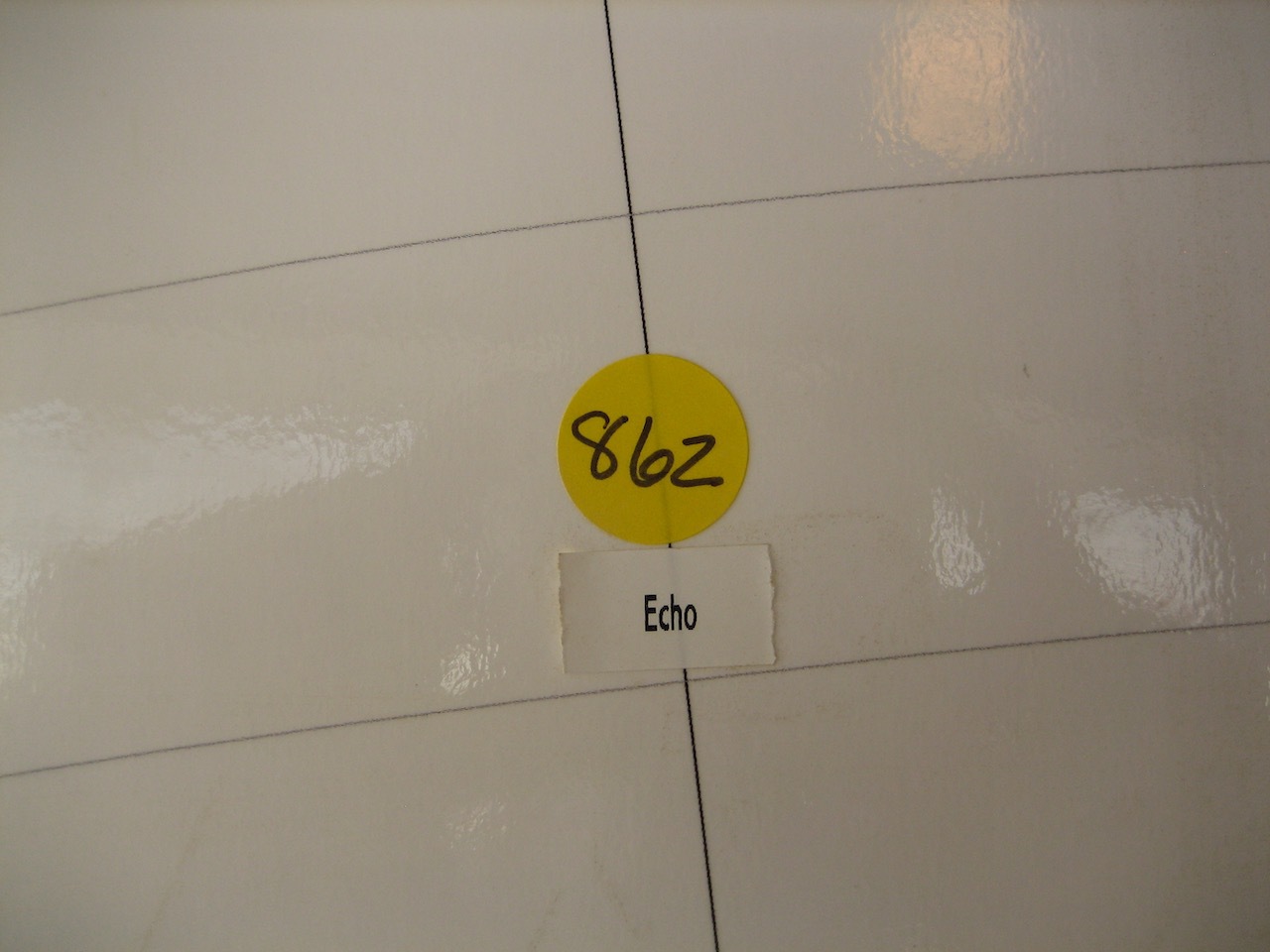 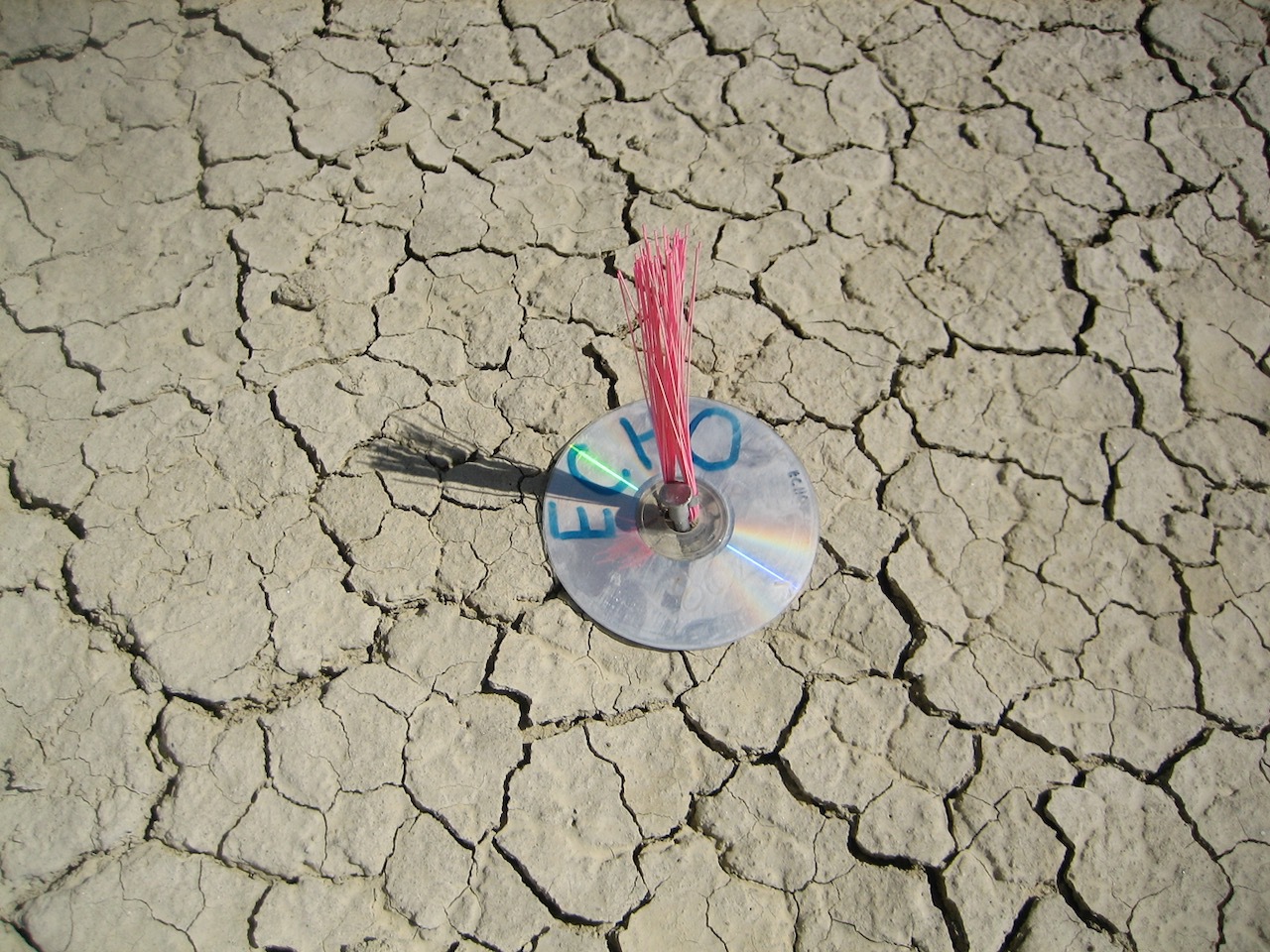 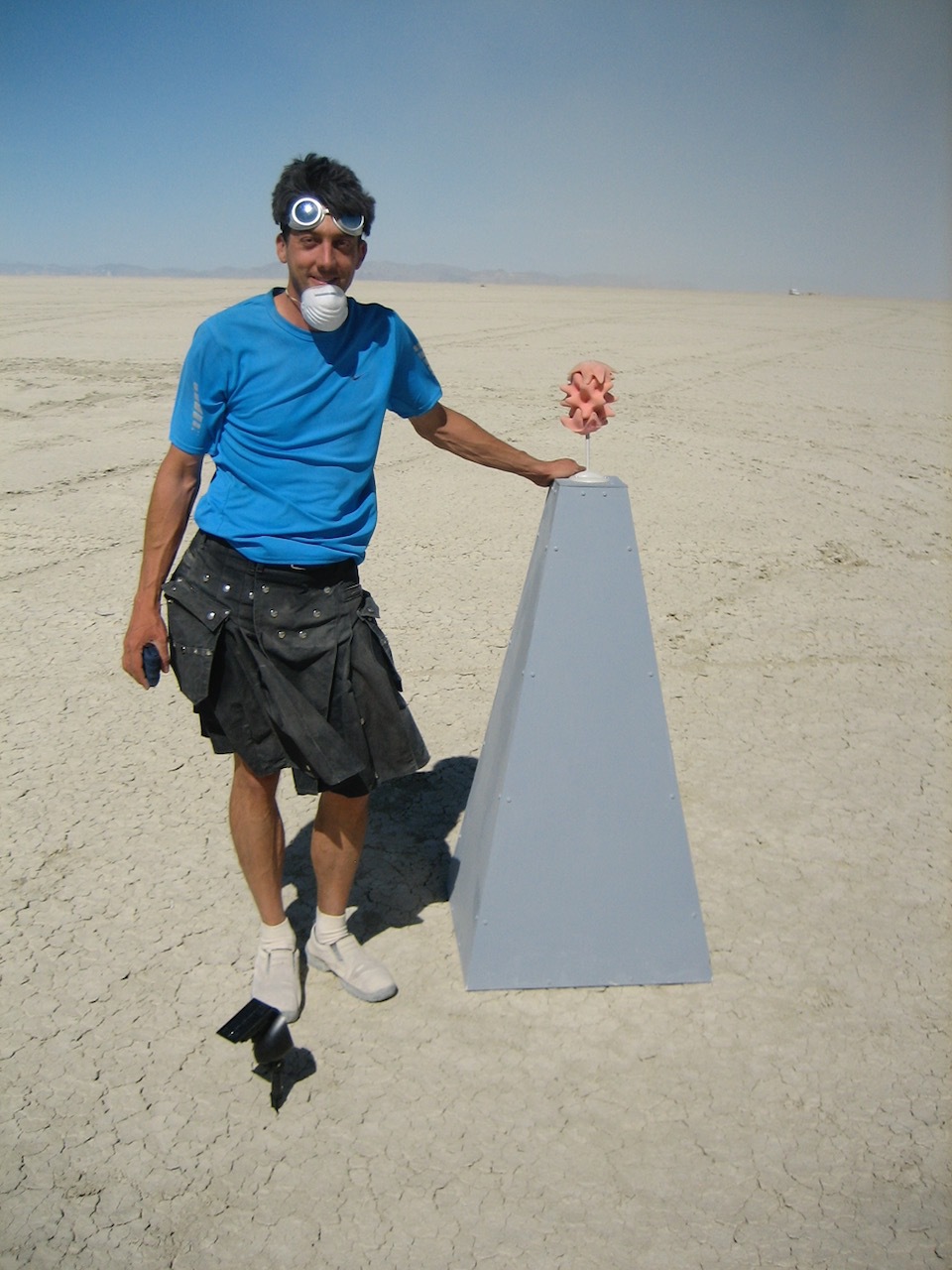 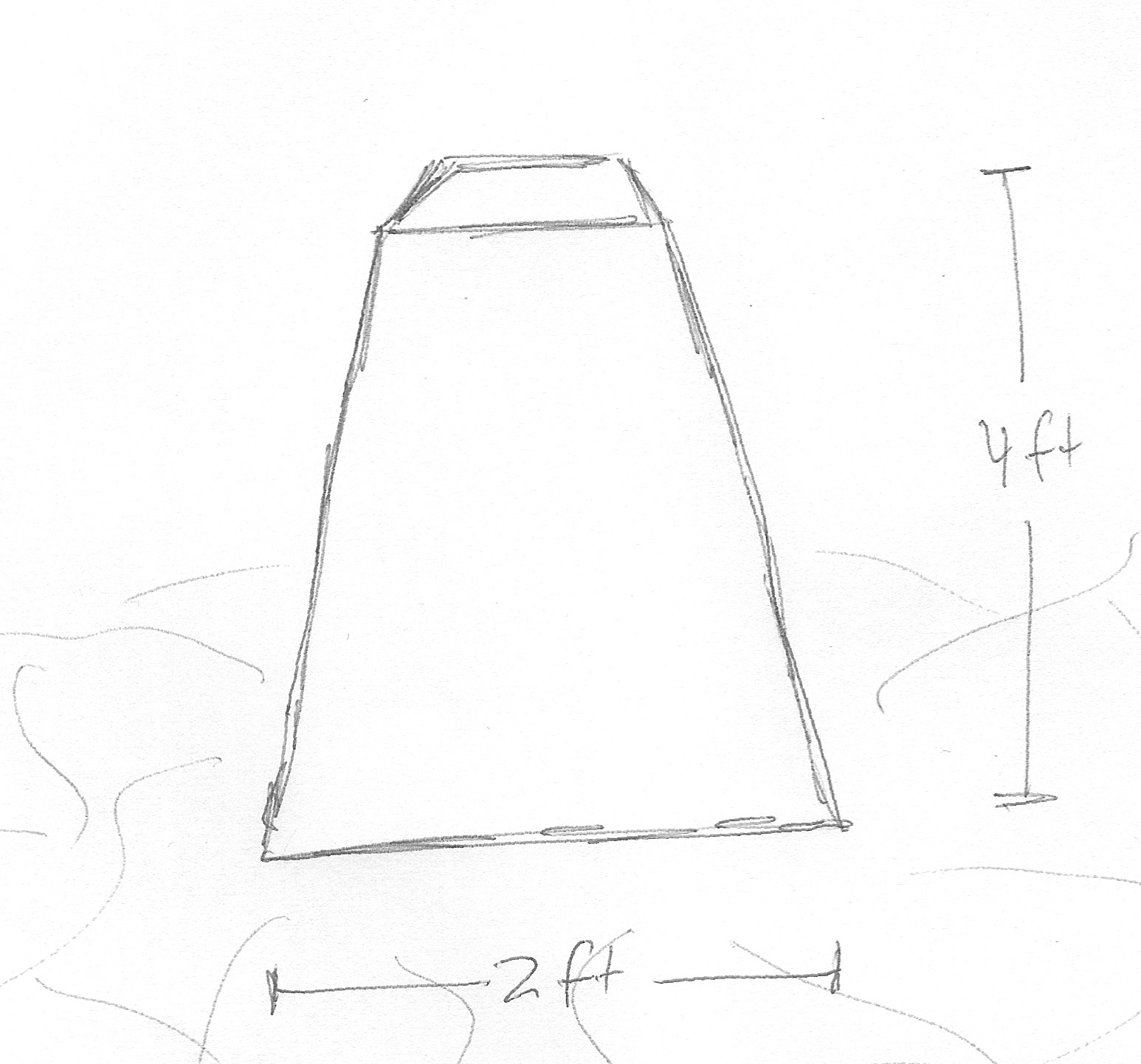 I had just gotten a table saw and had a lot of fun making all of these compound angle cuts. 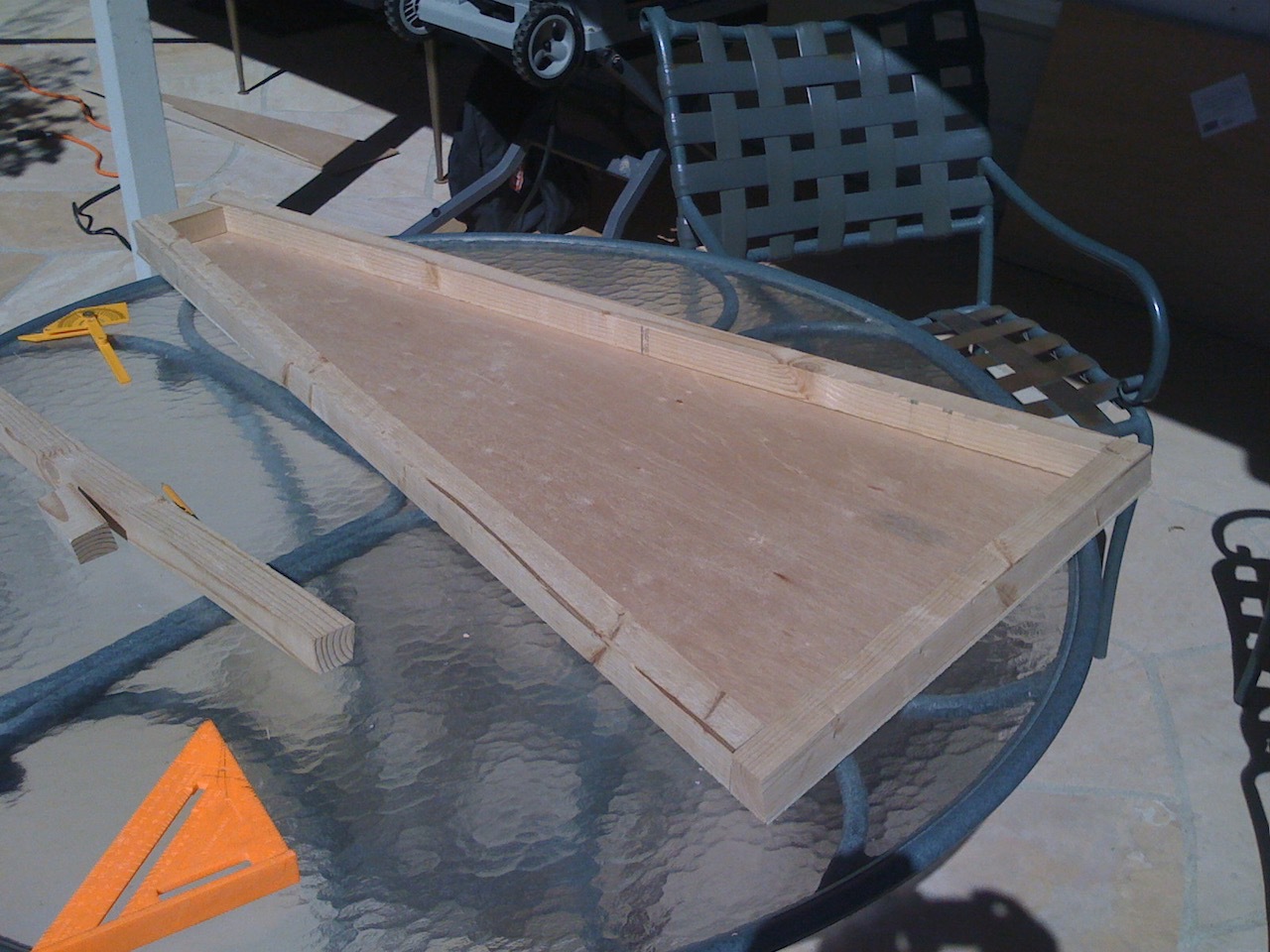 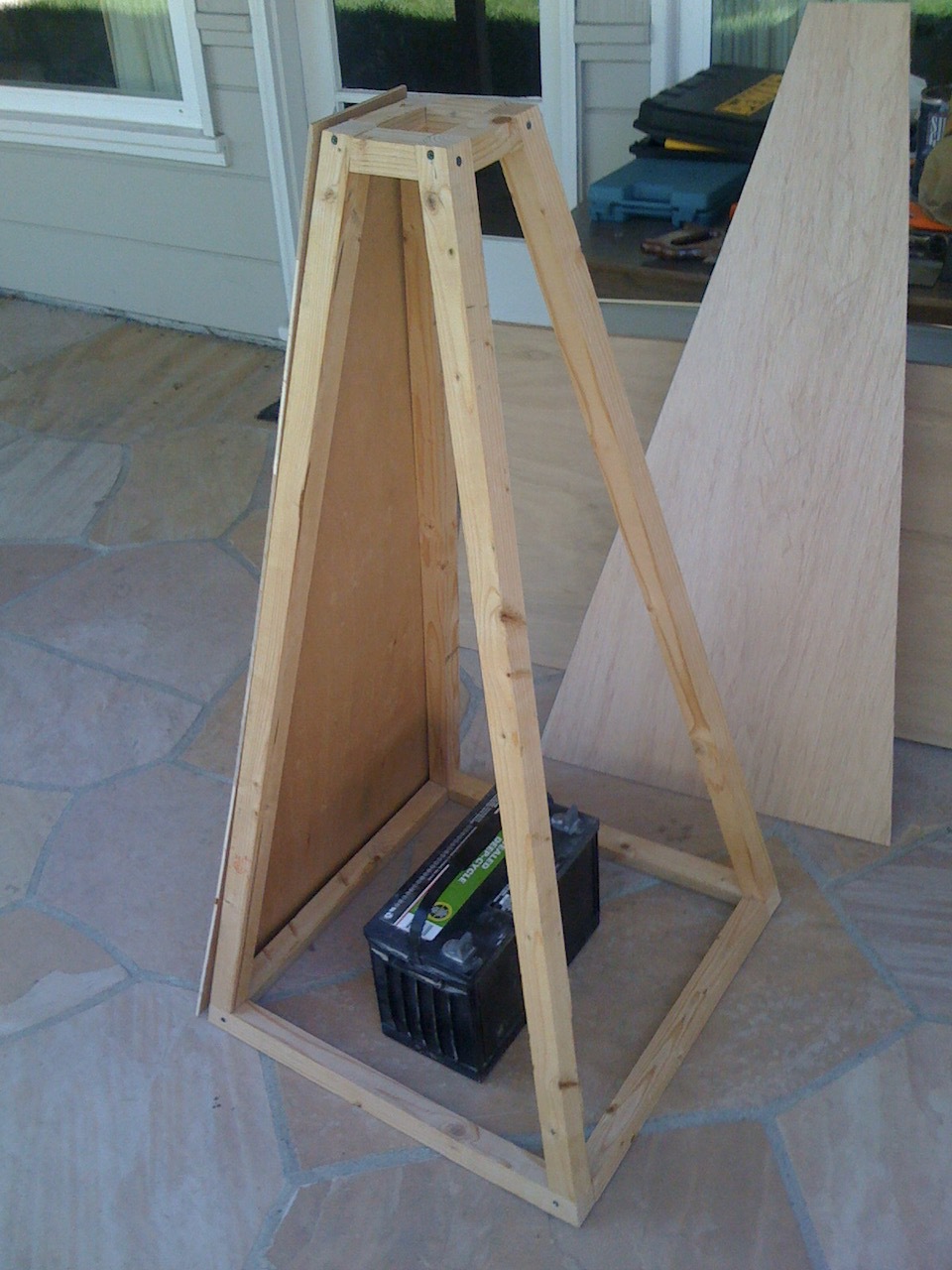 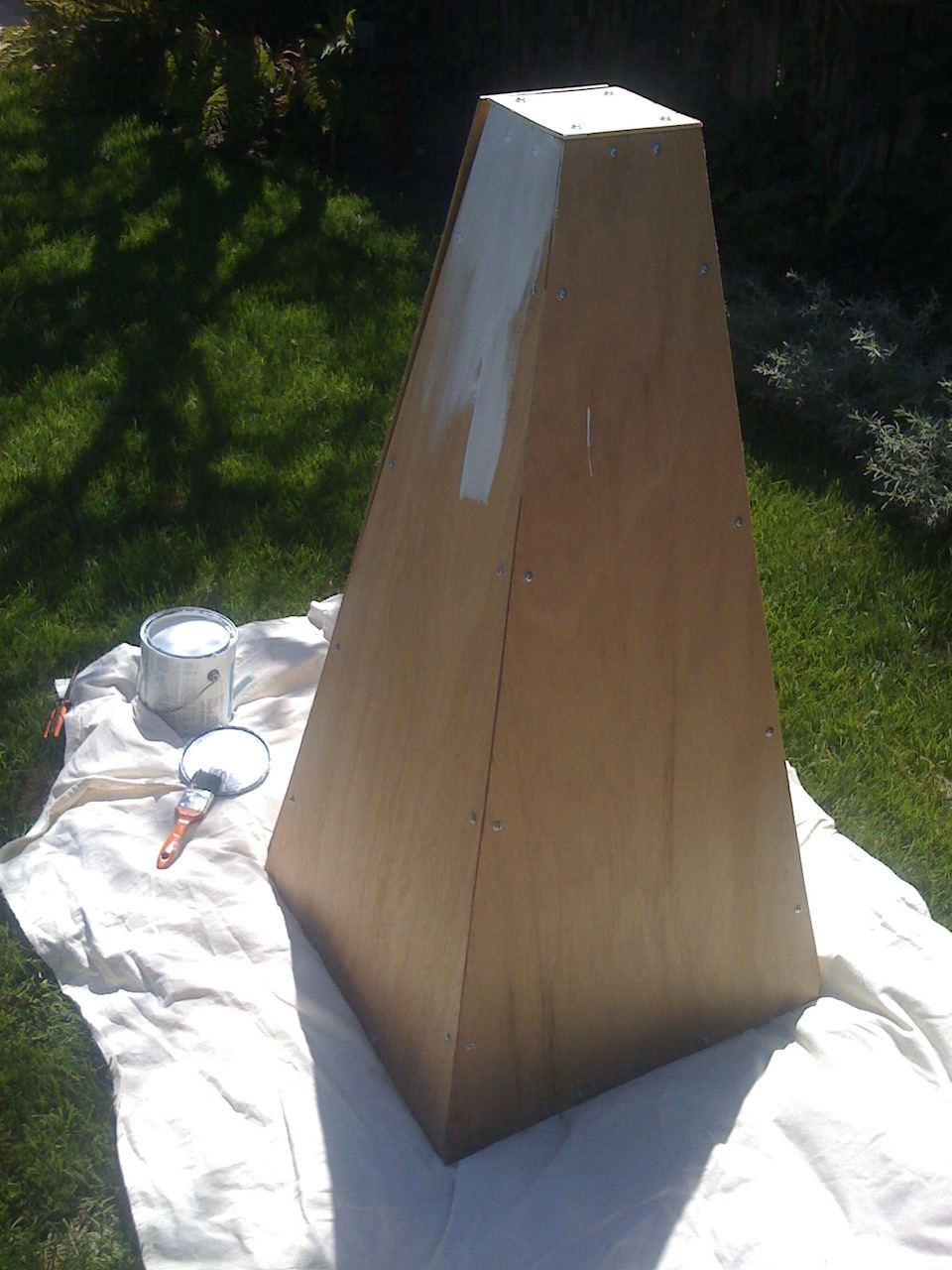 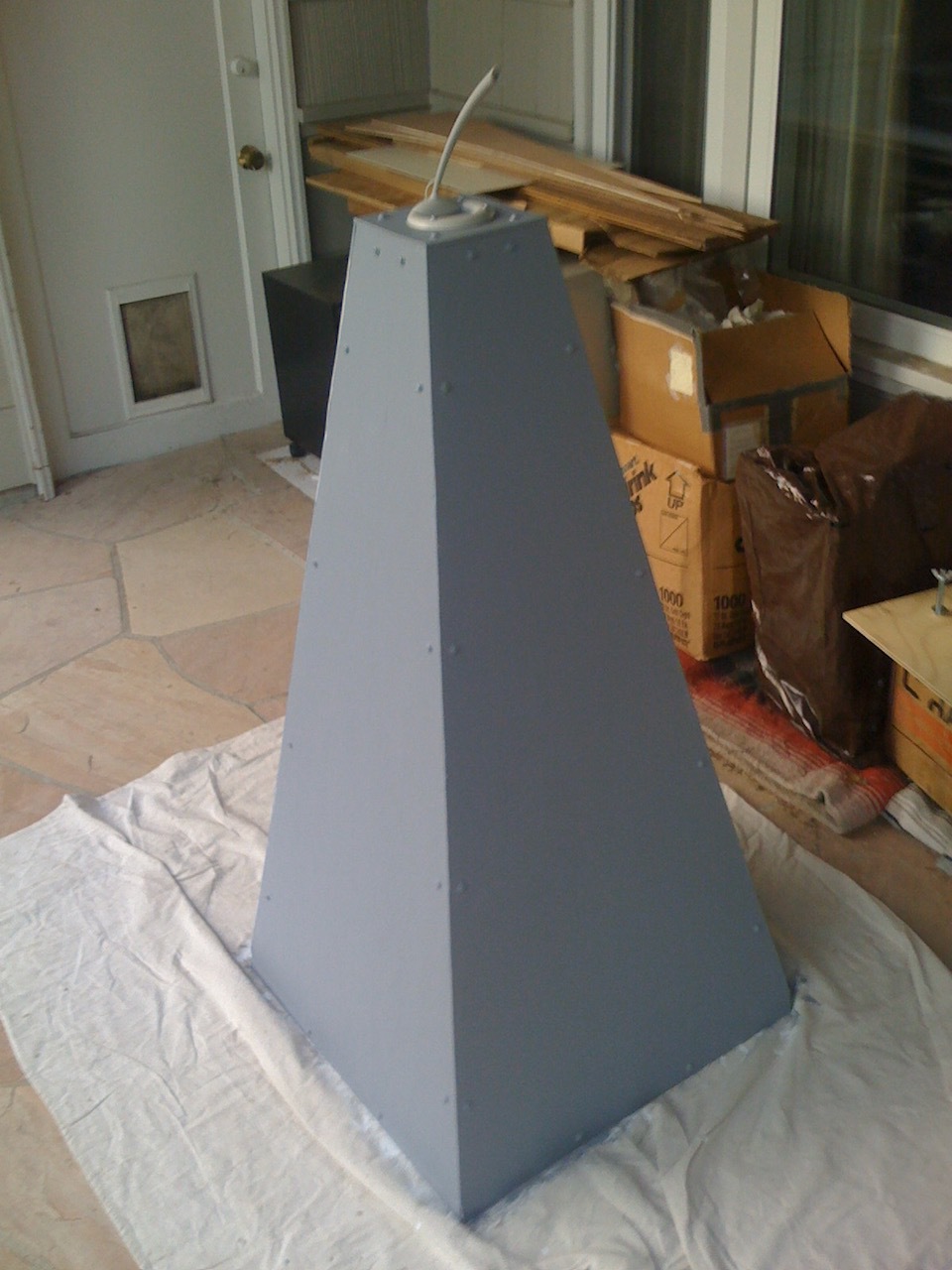 Echo was powered by an ultra-low power embedded linux single board computer, a TS-7260 from Technologic Systems.

Audio was recorded and played through a USB audio interface. The record button was monitored through a GPIO pin.

The software was written in C and was very simple: 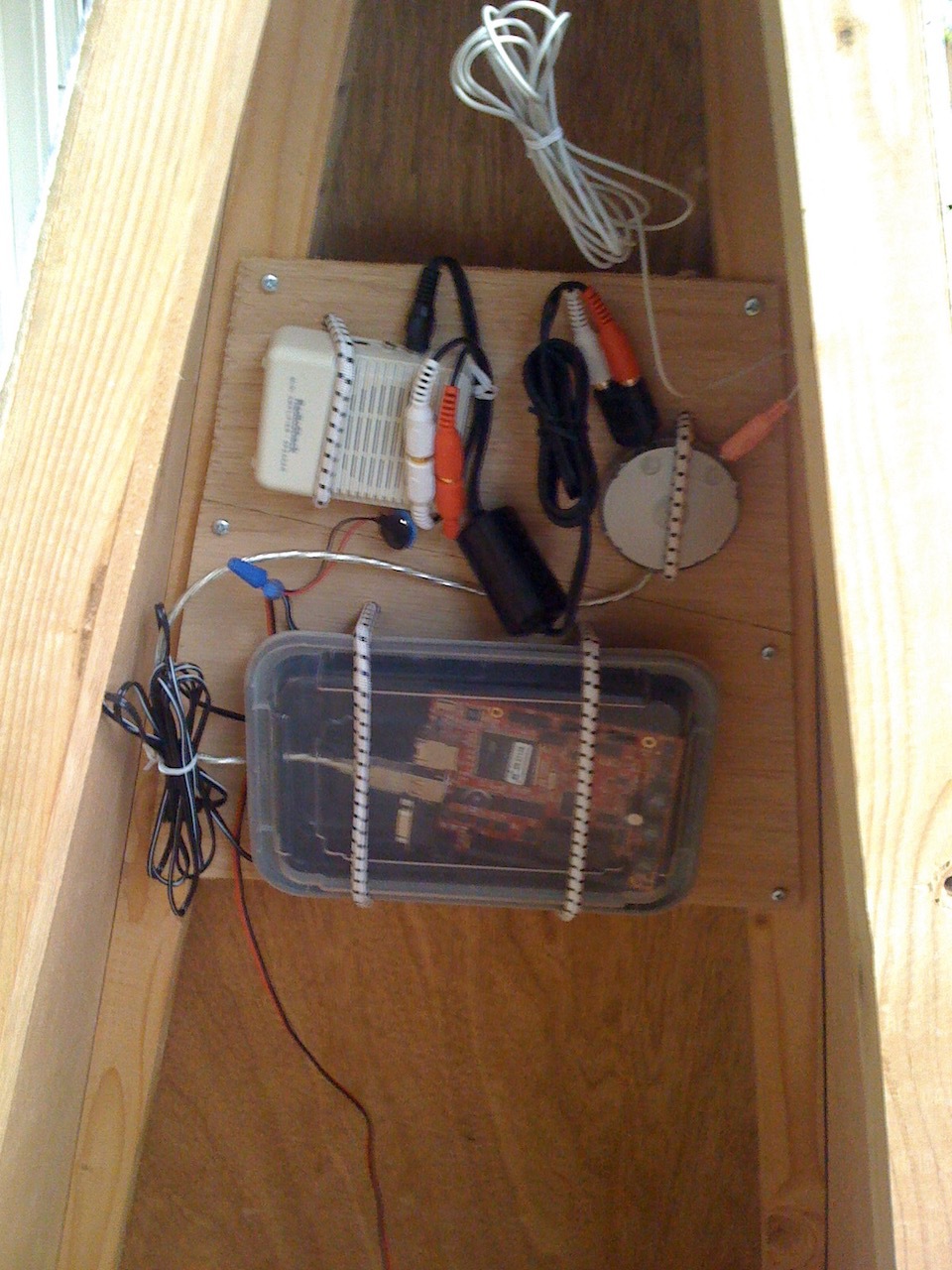